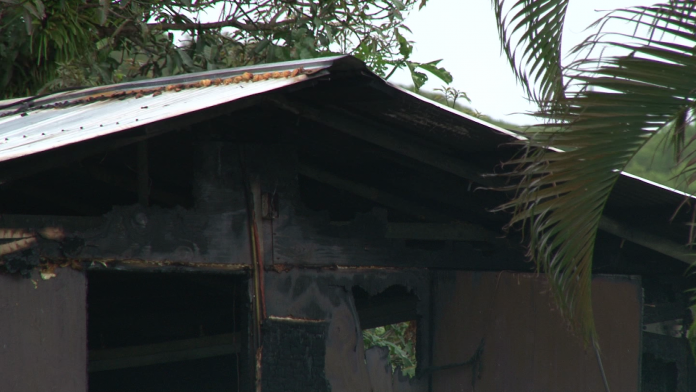 Guam – A house fire in Santa Rita last night has placed three individuals in the hospital.

Around 7:45 PM yesterday, Guam Fire units responded to a structure fire along Maria Perez Street in Santa Rita. GFD Spokesman Kevin Reilly says the burning home was a wood and tin extension attached to a concrete structure. Firefighters from the Agat fire station contained the blaze within 15 minutes of their arrival, unfortunately not before thhree individuals were taken to GMH for sustained burns.

Witnesses suggest the fire was incendiary in nature, though nothing has been confirmed by the Fire Department. Until their investigation is conducted, Reilly says GFD will not speculate on the cause.