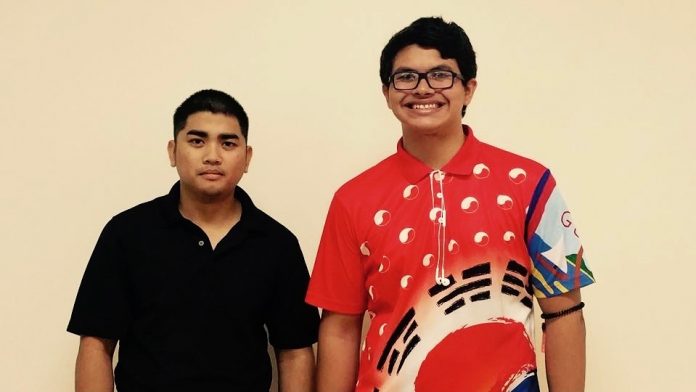 RJ Santos and James Doyle etched their entry into the year end grand finals via victories in their respective division during the initial Budweiser King and Prince of the Lanes event of 2016.

Santos defeated Jared Gutierrez in the finale, 230-205, but not before eliminating the defending Grand Champion Brian Manibusan in the semis 194-189.

In the earlier rounds, 5th seed Gutierrez ousted Greg Borja 206-197 after the later bowled a 278 in the first round to drop 6th seed Ricky Duenas who bowled a 244 game.  Manibusan on the hand slipped by Timothy Nauta in the first match 248-246 before discarding 9th seed JD Castro 235-223.

James Doyle won his first title of his career by trouncing 2nd seed Amber San Nicolas in the Prince division 226-167.  Doyle used his handicap advantage to advance to the finale with a 170+40 to 189+11 decision over 6th seed Mike Gumataotao while San Nicolas held off 4th seed Ryan Flores 192+16 to 161+26 to set up the match.

The next Budweiser King and Prince of the Lanes will be held on Sunday, February 21, 2016 at the Central Lanes Bowling Center, 11:00 a.m.