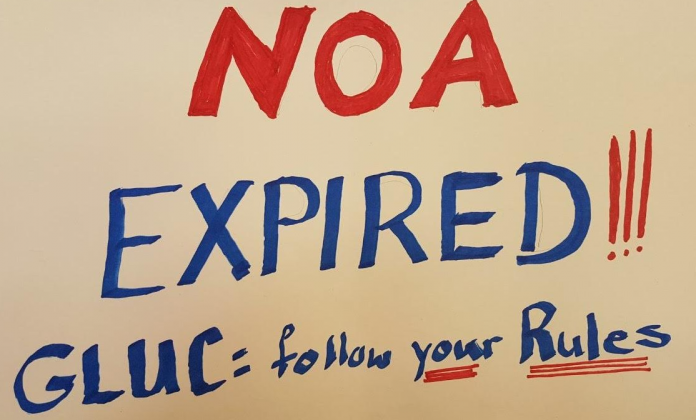 “We want development to be responsible. But this board appears to be one track minded in their pursuit of development,” Joni Kerr, Save Southern Guam.

Guam – Despite public outcry, the Guam Land Use Commission will be holding another meeting to discuss the controversial Pago Bay Ocean Resort project. But Dianne Strong and Joni Kerr from Save Southern Guam maintain their opposition against the contentious development projects.

“This project, Pago Bay Resort, there were 54 conditions on their Notice of Action –several has to do with infrastructure, one of them is a traffic study that hasn’t been done,” explains Joni Kerr.

Kerr adds that the Notice of Action for the planned construction is expired.

On top of these concerns, SSG takes issue with another proposed project: a park set aside by the same contested developers for the interment of Chamorro ancestral remains.

According to Kerr, all the necessary permits needed to complete the project have not yet been acquired.

As Kerr explains, it’s been a hurdle that’s been ongoing for nearly a decade.

“They come back again and again with this idea that they have this park, it’s going to go through, and they’ve had to wait for various approvals for the historic preservation office and so on. They’ve been using this as basically an excuse as one of the hurdles that they have to get through in order to proceed with the project,” she said.

But could it be that perhaps this permit process is so convoluted that these were simple mistakes? Dianne Strong doesn’t seem to think so.

“No, it’s media savvy,” Strong contends. She adds, “It’s misleading. And Barbara Burkhardt spoke to that at the last GLUC meeting; it’s for the grading permit, not for the two towers.”

And for SSG, the concerns waged against GLUC are much deeper than following the letter of the law.

“We’re really concerned about the environment and one of the key things that Dianne has always pushed is that the basis for this project has never been initiated,” said Kerr.

For the last decade, Save Southern Guam has asked GLUC for both an environmental impact study as well as a plan to mitigate any potential issues with construction on wetlands.

“We think that GLUC board is very pro-development and really, there’s nothing wrong with development. We’ve always maintained that we’re not anti-development. We want development to be responsible. But this board appears to be one track minded in their pursuit of development, and they seem to not care about laws that are already in place to guide development,” Kerr concluded.

Meanwhile, the GLUC will hold a meeting next Thursday July 13 at 1:30 pm on the third floor of the ITC building in the Planning Conference Room.