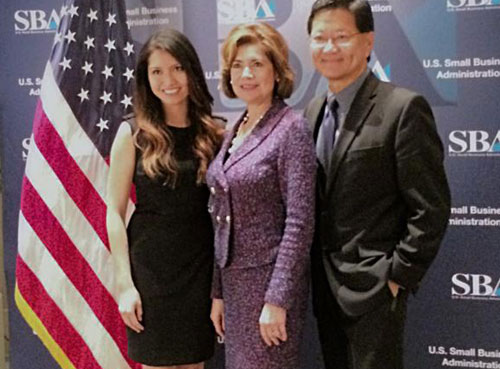 Guam – Guam Medical Association President [GMA]  Dr. Tom Shieh has been named one of 53 “Small Business Persons of the Year” by the U.S. Small Business Administration.

Dr. Shieh received the award at a ceremony in Washington D.C. Thursday night during which Fed Chairwoman Janet Yellen spoke.

Shieh grew up in Hawaii, studied in Wisconsin and his home state, and joined the Navy. After he completed his active service as a lieutenant commander at the U.S. Naval Hospital Guam, he decided to stay in the American territory to help increase the level of women’s healthcare.

He opened Dr. Shieh’s Clinic in 1999 and has grown a 700-square-foot office to a 4,000-square-foot one. It offers the highest standard of care for women in Guam. He has cared for more than 10,000 patients and has delivered more than 4,000 babies, including the Millennial Baby, the first baby born in the U.S. in the 21st century.