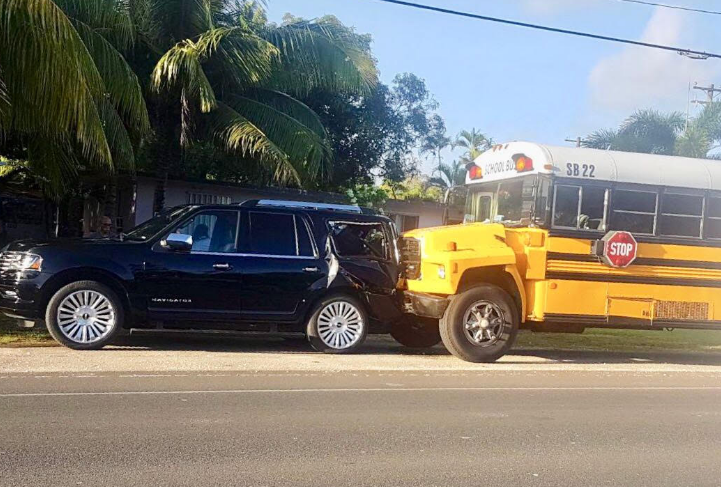 Two people in the Lincoln Navigator and one student were transported to GMH for observation.

Guam – This morning, a school bus from Guam Adventist Academy collided with a Lincoln Navigator sending two people and a student to the Guam Memorial Hospital.

According to the Guam Police Department’s Spokesperson AJ Balajadia, officers responded to the auto-bus collision on Route 4 by Shrine Market.

A user-submitted video shows an ambulance on the scene following the crash.

Two people in the Lincoln and one student were transported to GMH for observation.

Balajadia confirmed that the individuals in the Lincoln are part of the Executive Security detail for the Office of the Governor.

An investigation is still under way by the Guam Highway Patrol.