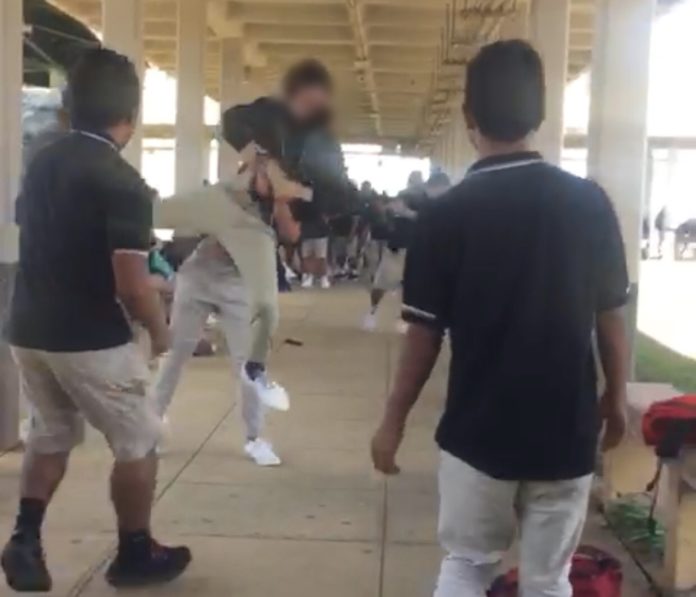 Guam – Another school fight video has surfaced on social media. This one appears to have occurred at TIyan High School.

The 19-second clip shows two separate fights within a few feet of each other.

The first fight is between two students while the second fight involves three students in which one of them is body slammed to the ground right before his face hits the pavement.

Guam Department of Education Spokeswoman Isa Baza confirms the fight occurred Tuesday morning at the Tiyan High campus and the incident has been reported to the Guam Police Department.