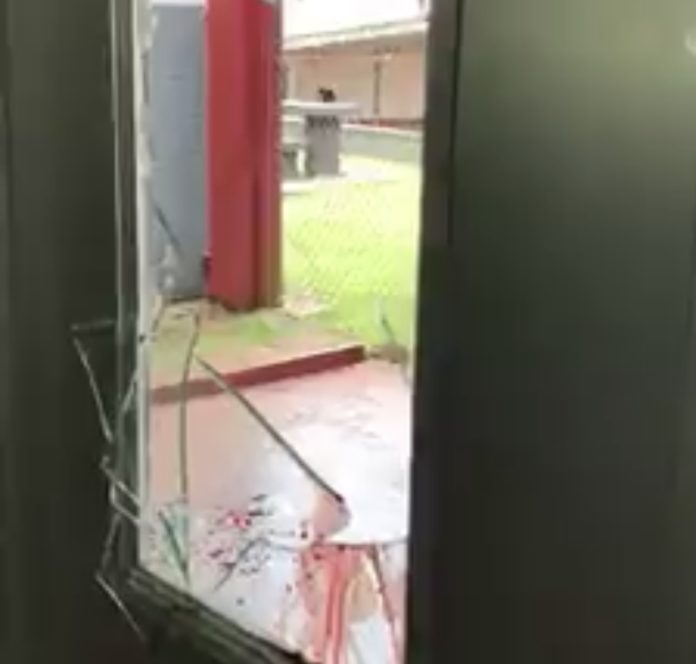 Guam – School officials and police are investigating an incident that sent one student to the hospital after he allegedly went on a punching spree inside Simon Sanchez High School. Two videos are now circulating.

The first video shows a male student slapping another male student twice in the face. The second video, about 50 seconds long, shows what appears to be a broken window and a long trail of blood.

Guam Department of Education Spokesperson Isa Baza says GDOE is “looking into two videos circulating that may be related.” Both videos surfaced at the same time.

She explained that for the second video involving the blood trail, a student was taken to the Guam Regional Medical City to be treated. She said around 1:15 p.m. Monday, a male student was punching several windows and a glass panel to the school’s main entrance door when he began to bleed profusely.

It appears that the student’s major artery was cut in the incident as a long trail of blood can be seen in the hallways. School nurses administered first aid until paramedics arrived.

Baza said the case was turned over to the Guam Police Department.

September 27, 2020
@PNCGUAM INSTAGRAM
Come by tomorrow and check it out!