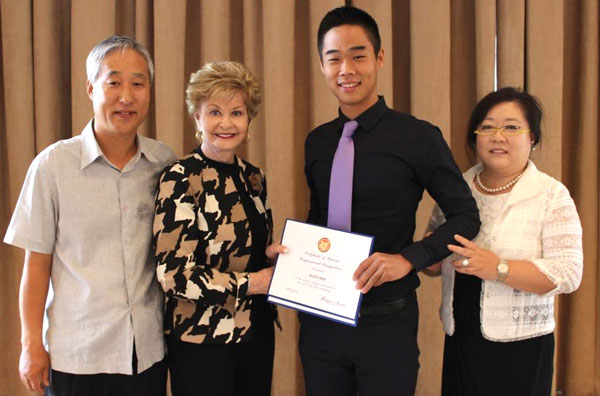 Scott is the son of Thomas and Won Sun Min of Dededo and will graduate from Father Duenas Memorial School in May 2014. Scott was nominated by Congresswoman Bordallo, and competed with nominees nationwide for admission into the Air Force Academy.

Scott has maintained 4.0 grade point average and is ranked number one in his class of 120 students. Additionally, he is the Cadet Commander of the Phoenix Company Naval Junior Reserve Officer Training Corps and a member of several academic and extra-curricular organizations.  Scott is also the vice president of the National History Club, historian of the Spanish Club, secretary of the Academic Challenge Bowl Team, and a member of the Track and Field Team.