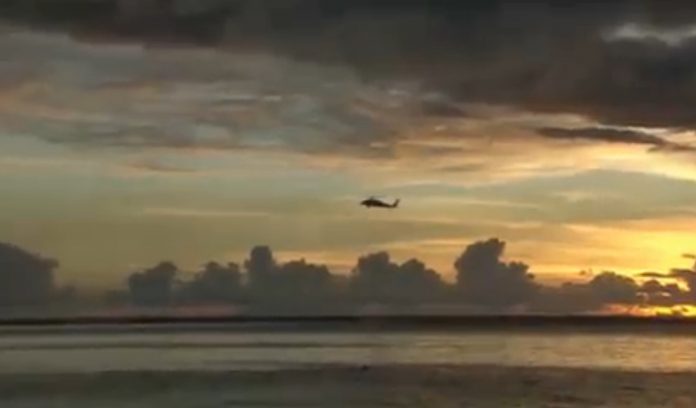 Guam – US Marine Joshua J. Stewart was reported missing just off the shores of Tumon Bay at 6 p.m. Sunday.

According to Guam Fire Chief Joey San Nicolas, as of 6 p.m. Wednesday, the active search ended at the 72 hour mark and now the Guam Fire Department and US Coast Guard are in recovery mode; which means they are currently searching the ocean and shore for any clothing or indication of the missing swimmer’s presence.

The status of cases like this are dependent upon the details reported of what the missing person was wearing. For example: a flotation device or specific clothing details.

In this case, Stewart was reported to only have been wearing gray shorts, says San Nicolas.

San Nicolas says that they work hard in order to help bring closure to the family of the person that they are searching for.

The search will continue until Friday evening when GFD will meet with the U.S. Coast Guard to conclude whether the search will be suspended after the five day period, says San Nicolas.

Stewart was reported to have gone out for a swim with four other friends in waters behind the Dusit Thani Hotel. Stewart’s four friends made it back to shore while Stewart did not. He is a part of the Combat Logistics Battalion 31, 31st Marine Expeditionary Unit based in Okinawa, Japan. Authorities will continue their search through the evening until further notice.