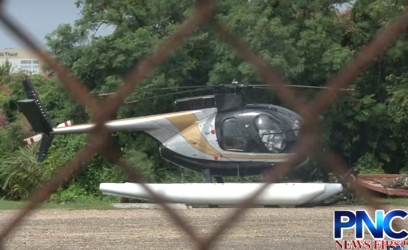 After Hansen Helicopters filed a motion for the return of seized property in January, the company requested for a hearing, asking the United States to release their search warrant affidavits.

Guam – Hansen Helicopters, a local tour company, noted that they were never provided any explanation for why 15 of their helicopters were seized last year, only that it was part of a criminal investigation.

In response to this, Hansen filed a motion for an order directing the return of the seized helicopters, and demanded that the court schedule an evidentiary hearing to have the United States provide Hansen’s counsel a copy of the search warrants affidavits.

Hansen’s attorney, David Lujan, noted a few problems about how this search and seizure was effectuated, saying that, while the U.S. Attorney’s Office obtained a search warrant, they never provided the affidavit that explains why it was obtained in the first place. Lujan added that the Federal Aviation Administration would be the authority to enforce aircraft violations, whom the U.S. Attorney’s Office seemed to circumvent in this process.

In their response, the federal government has expressed concerns that Hansen Helicopters could attempt to destroy evidence if they knew what kind of charges they could be facing, and Federal Magistrate Judge Joaquin Manibusan agreed that there is enough evidence to keep the affidavit a secret from the public and from Hansen. Judge Joaquin, court documents say, affirmed with the Ninth Circuit Court that “the public has no qualified First Amendment right of access to warrant materials during the pre-indictment stage of an ongoing criminal investigation.”

In his order, Judge Manibusan stated that the U.S. must file a declaration to support why it will not release the search warrant affidavit to Hansen’s counsel. The declaration must be filed under seal by 3 p.m. on April 4.