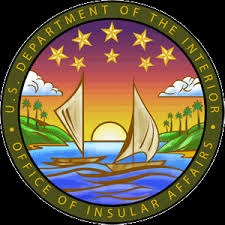 The second round of Compact negotiations with the Federated States of Micronesia and Palau have concluded.

Interior Assistant Secretary Doug Domenech and U.S. Ambassador to the Republic of the Marshall Islands Karen Stewart have been representing the United States in the talks.

According to a release from the Department of Interior, the discussions with both countries “continue to move forward … regarding certain expiring provisions of their respective Compact of Free Association agreements.”

Domenech and Stewart also held an “informal consultation” with the Republic of the Marshall Islands.

“We are pleased that our conversations with each of the teams continue in the spirit of partnership, collaboration, and mutual respect,” said Assistant Secretary Domenech.

“Under the leadership of the Trump Administration, the special relationships with the freely associated states under the Compacts of Free Association remain strong, underscoring the United States’ longstanding commitment.”

“Despite the challenges presented by the COVID-19 pandemic, we are making progress on these important conversations. This is a testament to our strong relationships and desire to achieve the best outcomes for citizens of our countries,” said Ambassador Stewart.

In April 2020, Assistant Secretary Domenech and Ambassador Stewart were named co-negotiators to lead the federal government in bilateral discussions on the Compacts of Free Association with the FSM, the RMI, and Palau.

In May 2020, an initial round of consultations was held with each of the freely associated states related to the expiring provisions of the Compact of Free Association agreements, Public Law 108-188, with the RMI and the FSM and on expiring provisions of the Section 432 Review of the Compact of Free Association, Public Law 99-658, with Palau.

On May 21, 2019, President Donald J. Trump hosted Palau President Tommy E. Remengesau, Jr., then-RMI President Hilda C. Heine, and FSM President David W. Panuelo at the White House for an historic visit. This was the first time that all three leaders from the freely associated states (FAS) were hosted together at the White House by a United States president, demonstrating the special partnership between the United States and the FAS. Interior Secretary David Bernhardt also met with the three presidents during their visit to Washington in affirmation of the unique role and responsibilities Interior holds in these relationships.