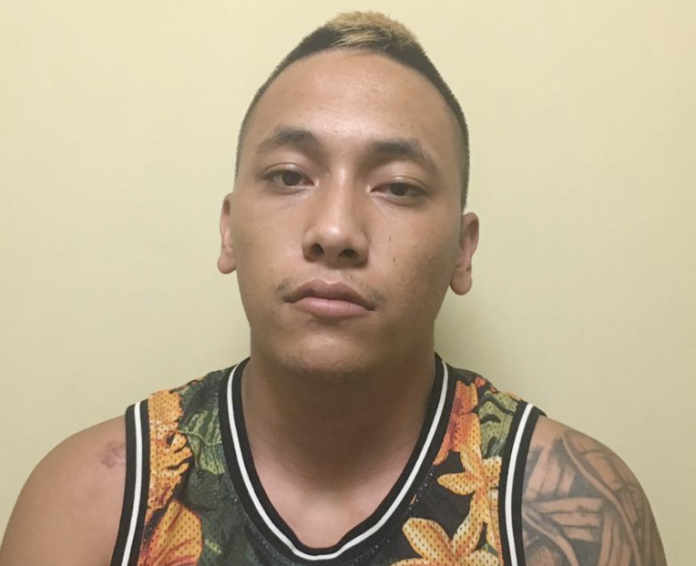 Guam – You can run but you can’t hide. That was the case for the second suspect implicated in the game room robbery who was arrested following a manhunt in Dededo.

Guam Police Department Spokesman Sgt. Paul Tapao says Jessie Joe San Nicolas Delgado was arrested after an extensive search of the Swamp Road area in Dededo where he was found hiding in the jungle.

According to police, Delgado was the man seen on surveillance footage armed with a baton, while his accomplice Jeremy Allen Evaristo was armed with a gun. The footage showed what appeared to be Evaristo firing two shots at the Lucky Land game room cashier before taking off with cash.

He was also implicated in the armed robbery at the Palms Market in Dededo in which police say the suspect also fired a round at the cashier before yanking a necklace off his neck.

Evaristo was arrested following the search of a Dededo home on Tuesday. Evaristo is charged with attempted murder, four counts of robbery, and possession of an illegal firearm. Delgado was arrested for first degree robbery, theft of property and assault, among other charges.

Both were booked and confined