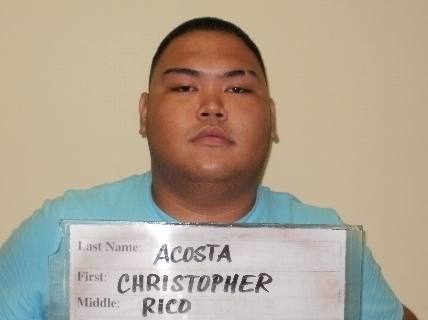 Christopher Acosta is accused of touching his co-worker’s private parts.

Guam – An employee of a local security company is facing charges that he inappropriately touched his female coworker while on duty.

According to a magistrate’s complaint, Acosta touched his female co-worker on her private parts while the two were walking next to each other at various locations during their shift.

The victim told police that she repeatedly told Acosta to stop, but that Acosta would just smile at her and walk away.

Police say they interviewed Acosta who admitted to touching the victim, but also told police “if she had a problem with it, she should have said something.”