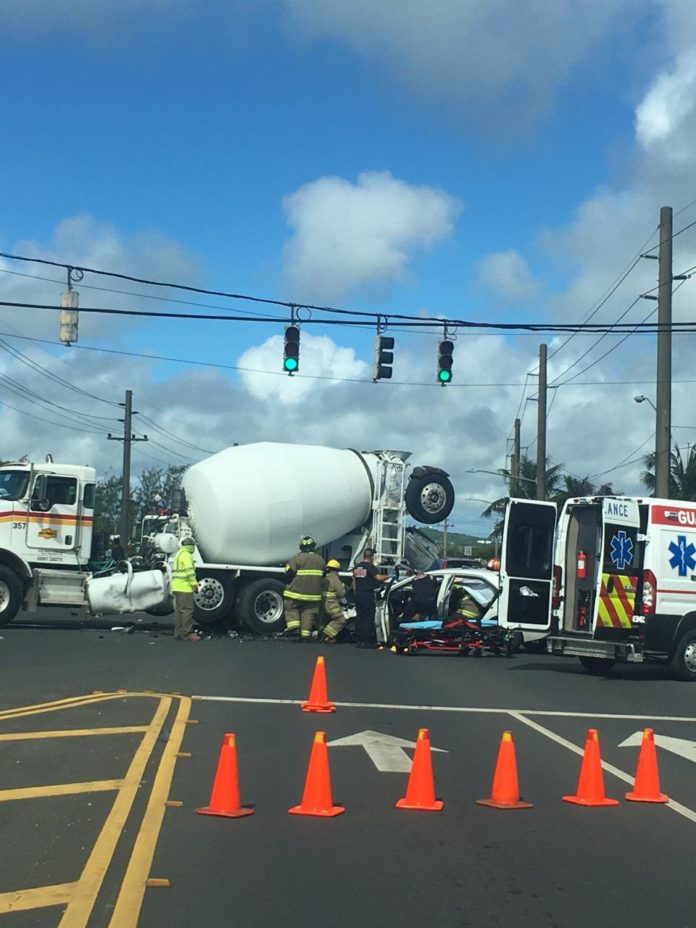 The driver of a Toyota Corolla was injured after his car struck a cement truck in Yigo this morning.

Guam police spokesman Sgt. Paul Tapao reports that the accident occurred at 9:16 a.m. at the intersection of Route 1 and Juan Jacinto Drive, near the Hafa Adai Market.

The jaws of life were used to extract the driver from the Toyota, airbags in the vehicle were deployed.

The injured driver was transported to Guam Regional Medical City for treatment, said Sgt. Tapao.  The condition and extent of the driver’s injures has not been released.