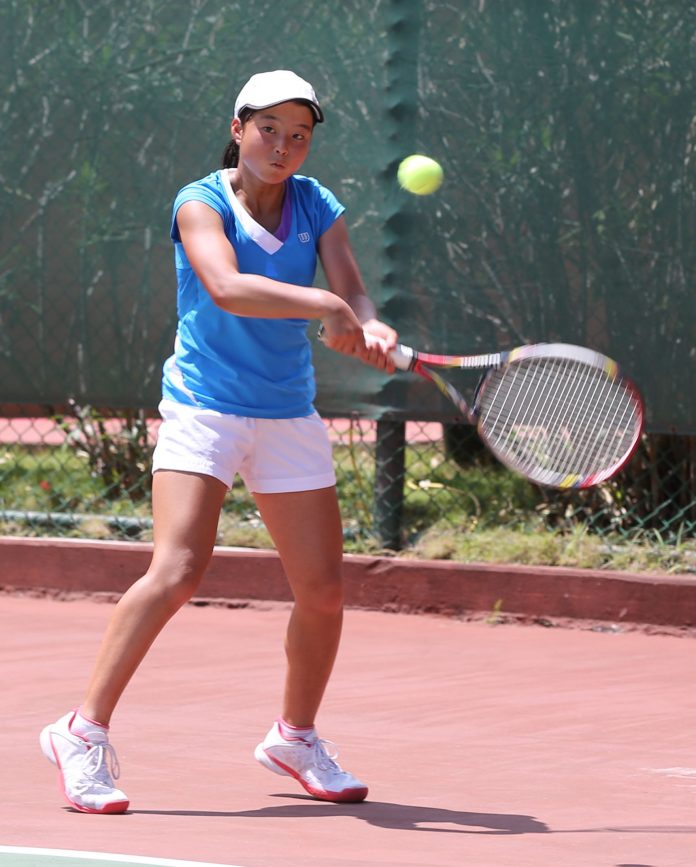 Guam – Only four seeded players made it through the tough second round competition to the quarterfinals of the boys’ singles draw of the Calvo’s SelectCare Junior Championship, held concurrently at the Hilton Guam Resort & Spa and Hyatt Regency Guam tennis courts.

No. 3 Jesse Delaney of Australia was the highest seed to fall Wednesday morning, succumbing to Hong Kong’s Ching Lam 7-5, 6-0. No. 5 Kody Pearson of Australia also lost his second round match, losing to qualifier Donghwi Shin of Korea Republic 6-1, 6-1. No. 8 Benard Bruno Nkomba also lost his second round match, falling to Japan’s Tomoki Ota 7-5, 6-3.

[Japan’s Nagomi Higashitani returns the ball with a backhand during a girls’ singles match of the Calvo’s SelectCare Junior Championship against No. 1 Yinglak Jittakoat at the Hilton Guam Resort & Spa tennis courts. Jittakoat won the match 6-1, 6-0]

In other boys’ singles draw matches, No. 1 Taisei Miyamoto of Japan cruised past Cheuk Yin Yuen of Hong Kong, 6-1, 6-3. No. 4 Jack Barber of the United States advanced to the quarterfinals with a 6-2, 6-1 win over Japan’s Shinji Hazawa. No. 6 Shinnosuke Hiramatsu of Japan prevailed over wild card Yuki Watanabe of Japan 6-4, 6-4 and No. 7 Leo Vithoontien of Thailand stays alive in the draw with a 6-1, 6-0 victory over Japan’s Kota Kuramoto. Qualifer Yuga Tashiro entered the quarterfinals with a 6-1, 7-6(1) win over compatriot Daisuke Sumizawa. 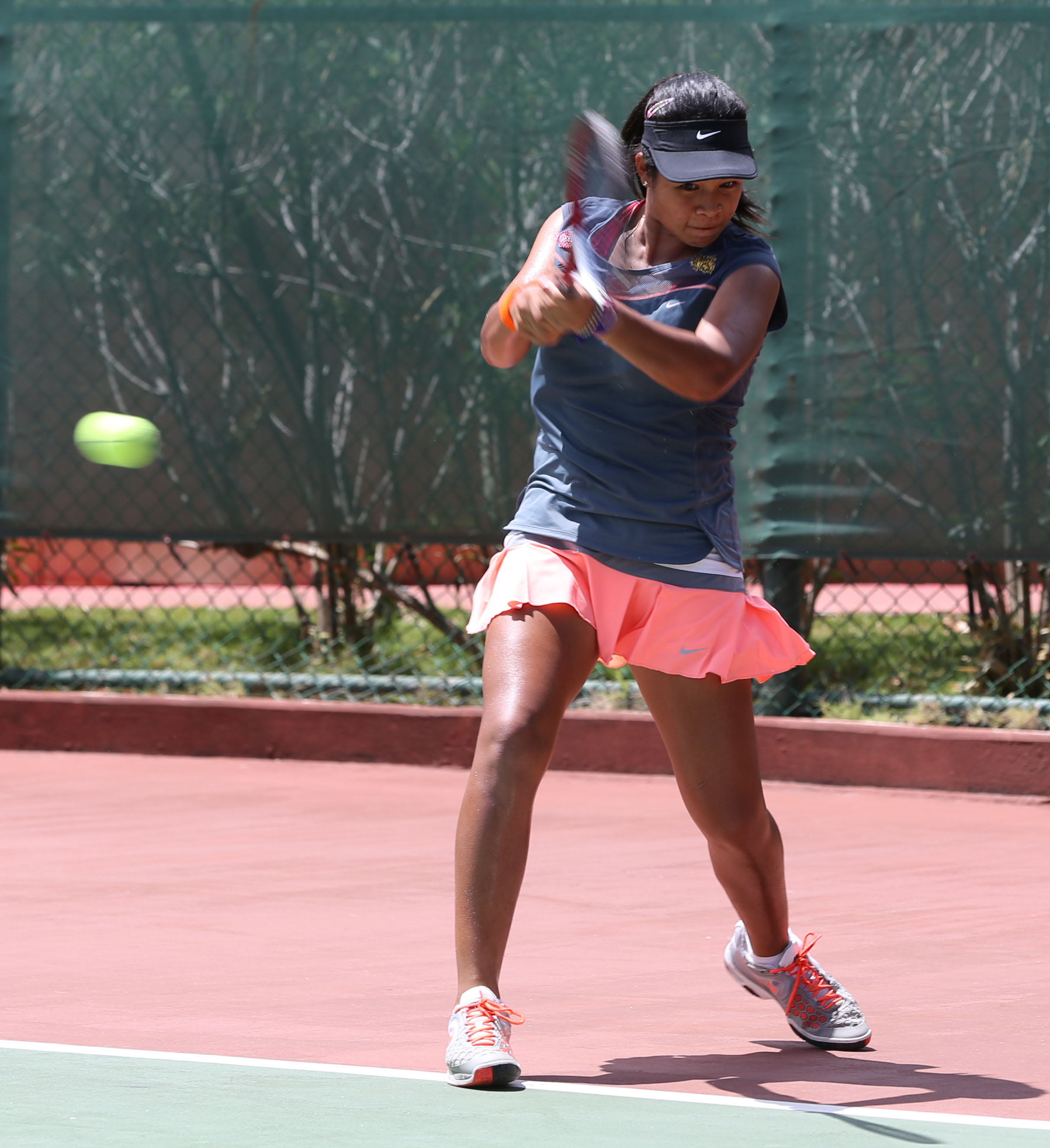 [No. 1 Yinglak Jittakoat of Thailand powers in a backhand to Japan’s Nagomi Higashitani during a girls’ singles match of the Calvo’s SelectCare Junior Championship at the Hilton Guam Resort & Spa tennis courts. Jittakoat won the match 6-1, 6-0]

In the girls’ singles draw, the five seeded players moved on to the quarterfinals. No. 1 Yinglak Jittakoat of Thailand has dropped only two games in two matches, this time defeating Japan’s Nagomi Higashitani 6-1, 6-0. No. 2 Eun Se Jang of Korea Republic moved up with a 6-4, 6-3 win over Japan’s Yukiho Uragami and No. 3 Mai Hontama of Japan won against Venia Yeung of Hong Kong 6-3, 6-3. No. 4 Satoko Sueno, who needed over three hours for a spot in the second round, stayed alive with a 6-1, 6-3 win over compatriot Yuri Takanishi. No. 6 Gabriella Da Silva Fick is the only other remaining seeded player in the draw, after cruising past Japan’s Megumi Yagi 6-1, 6-2.

In other matches, Yuki Fujiwara of Japan upset No. 5 Takako Aikawa 6-3, 6-3 and qualifier Ramu Ueda of Japan upset No. 7 Maria Dominique Ong of the Philippines 6-2, 6-1. Sing-Le Fan Chiang also moved into the quarterfinals with a 6-0, 6-2 win over Rina Motegi of Japan. 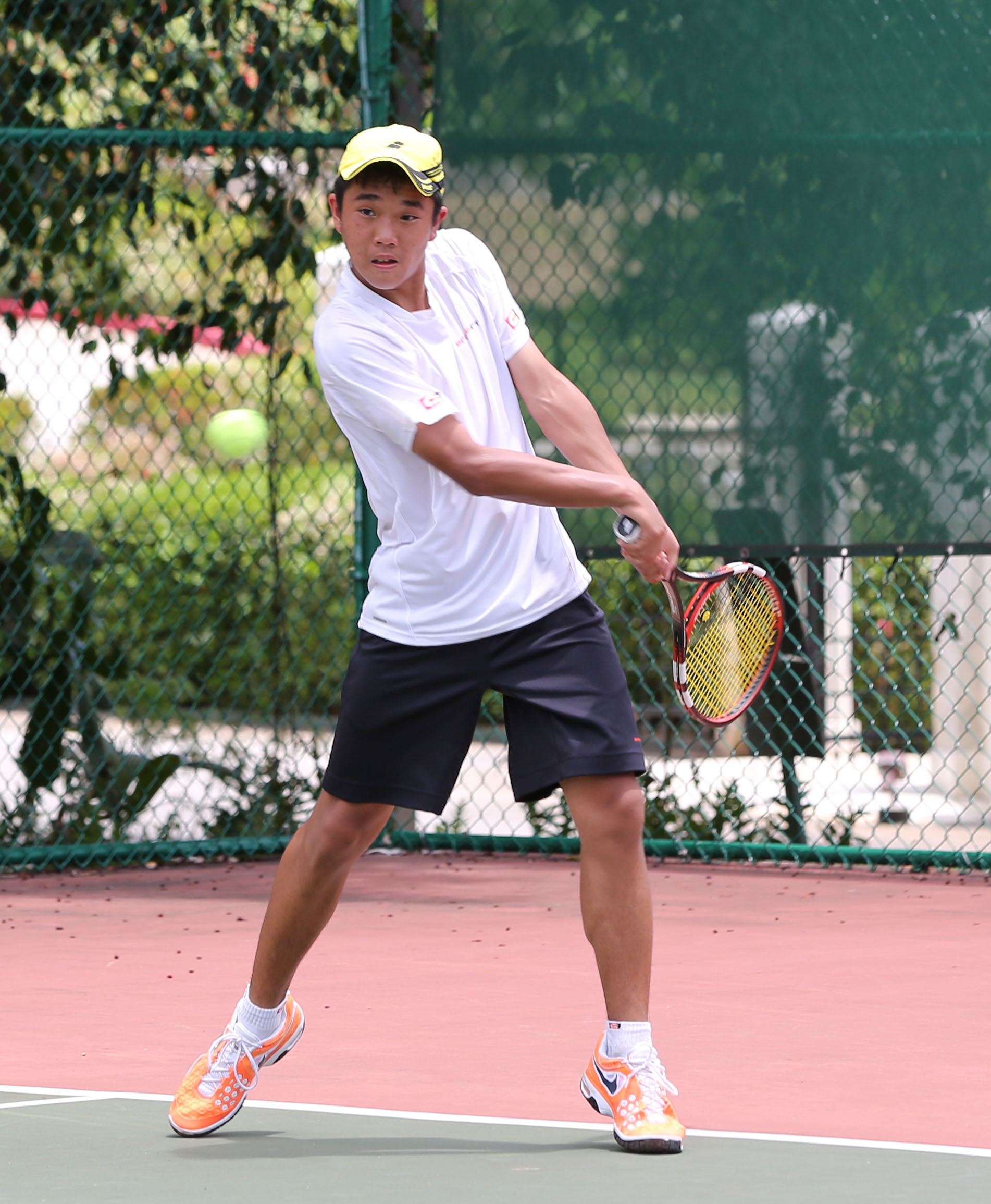 [Unseeded Ching Lam of Hong Kong prepares to send a backhand return to No. 3 Jesse Delaney of Australia during a boys’ singles match of the Calvo’s SelectCare Junior Championship at the Hilton Guam Resort & Spa tennis courts. Lam upset Delaney 7-5, 6-0]

In boys’ doubles action, No. 1 Jack Barber and Chak Yin Chan needed three sets to dispatch Hong Kong’s Ching Lam and Cheuk Yin Yuen 7-6(3), 1-6, 14-12 and will next face Japan’s Taisei Miyamoto and Yuki Watanabe, 6-4, 6-2 winners over No. 3 James Hahn and Leo Vithoontien, in the semifinals.

No. 2 Benard Bruno Nkomba and Kody Pearson of Australia cruised past Japan’s Shinnosuke Hiramatsu and Yuga Tashio 6-2, 6-2 to next face another Japanese duo in Tomohiro Masabayashi and Daisuke Sumizawa, 7-5, 7-6(2) winners over No. 4 Kota Kuramoto and Itchya Meesommon.

In girls’ doubles action, the unseeded Australian tandem of Gabriella Da Silva Fick and Millie Khoury upset No. 1 Eun Se Jang and Yinglak Jittakoat 6-3, 2-6, 10-7 to advance to the semifinals to face No. 3 Satoko Sueno and Yukiho Uragami, 6-4, 6-2 winners over Rina Motegi and Yurie Takanishi.

Asumi Kanazawa and Kanako Ota of Japan defeated Sing-Le Fan Chiang and Karen Kobayashi 6-3, 6-3 to next face the Japanese team of Nagomi Higashitani and Mai Hontama, 2-6, 6-2, 10-8 winners over Yuki Fujiwara and Ramu Ueda. 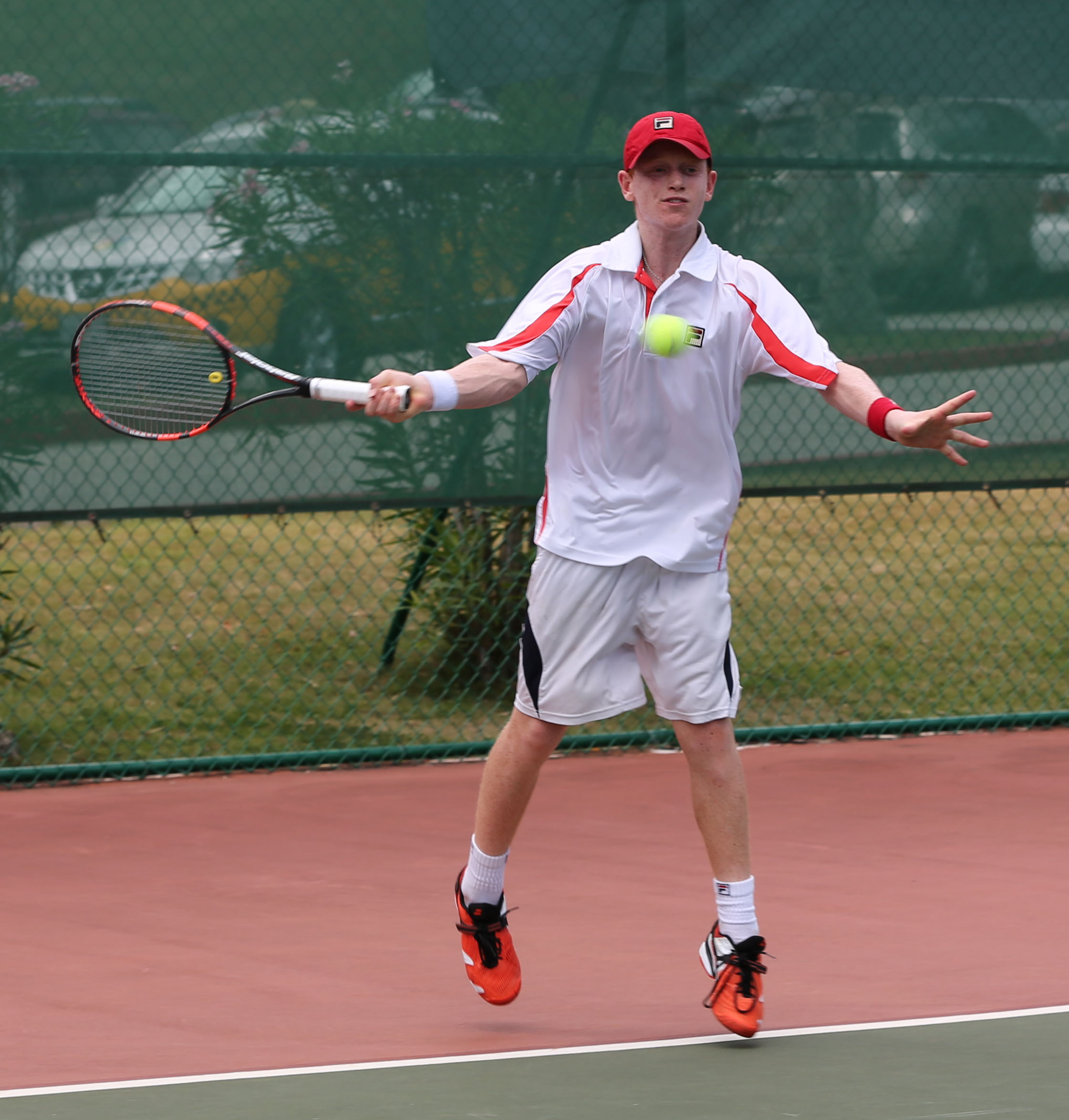 [No. 3 Jesse Delaney of Australia prepares to power in a forehand return against Hong Kong’s Ching Lam during a boys’ singles match of the Calvo’s SelectCare Junior Championship at the Hilton Guam Resort & Spa tennis courts. Lam upset Delaney 7-5, 6-0]

Not so many applications for GDOE laptops as parents prefer hard...