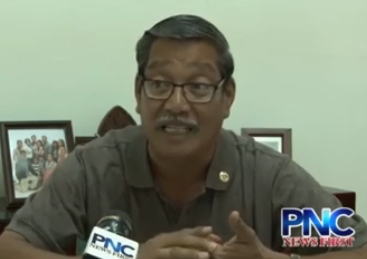 Voters could end up choosing between two gubernatorial teams from the same party in 2018 — that scenario made possible through a new bill from Sen. Joe San Agustin.

Guam – Senator Joe San Agustin’s Bill 45-34 (COR) allows the Democrat and Republican parties to conduct their own primaries and submit as many candidates as they want to the Guam Election Commission.

The democrat lawmaker appeared on NewsTalk K57’s Mornings with Patti to talk about the bill, saying “Every election year, we’re only eliminating one or two candidates. Is it worth it? Why don’t we let the parties run their own primary? Let them decide and then we move forward.”

The bill also forces unclassified workers in the Legislature and administration to resign in order to run for office. More stringent requirements include a federal background check and tax clearance dating five years from the date of the petition filing.

San Agustin adds in the bill that introducing Election Day as a local government holiday would increase voter turnout.

You can read the full bill by clicking on the attachment below.