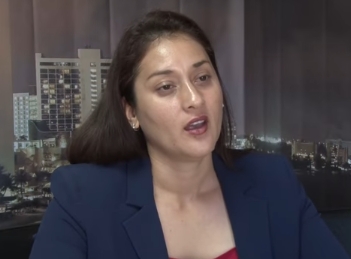 Guam – Public Safety oversight Chairwoman Sen. Telena Nelson wants the U.S. Department of Justice to get involved in the prison death investigation at the Department of Corrections, saying DOC may be in violation of federal law.

In the meantime, Sen. Nelson says she will be calling for an oversight hearing into the case involving the beating and subsequent death of 33-year-old Manson Ernest at Hagatna Lockup.

The senator says she will be submitting a formal request to the U.S. DOJ to conduct an investigation and determine if any federal violations occurred. Nelson pointed to the Civil Rights of Institutionalized Persons Act which protects the rights of prisoners.

“With the second severe attack and subsequent death of a prisoner, it has become clear that an outside perspective is necessary regarding possible violations of CRIPA,” the senator said in an email to PNC.

Just yesterday, the Department of Corrections and the Guam Police Department announced that, in an effort to assuage public concerns of impropriety, the FBI will be conducting a review of DOC’s and GPD’s investigations.

Ernest’s death was ruled a homicide and an autopsy by Chief Medical Examiner Dr. Aurelio Espinola revealed that Ernest was severely beaten to death possibly by multiple attackers.

Espinola believes that evidence in the case was tampered with as the victim’s cell was wiped clean and he was in a fresh change of clothes before authorities were contacted.