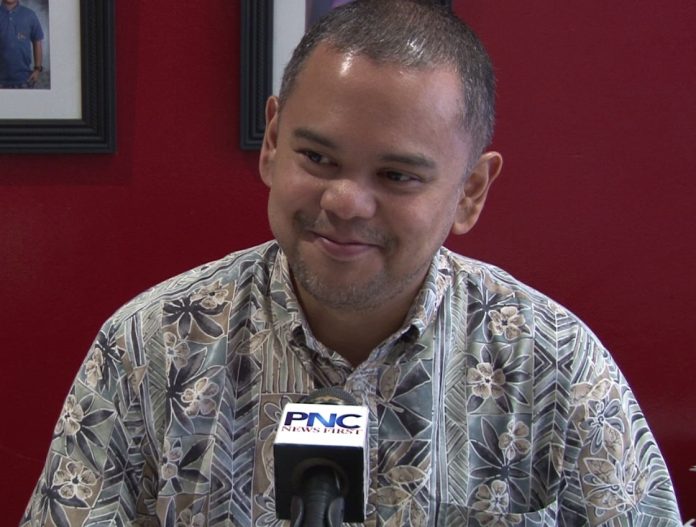 With the support of four other lawmakers, Senator Dennis Rodriguez Jr. drafted Bill 70 which if passed into law, would not only re-build Simon Sanchez High School, but turn it into a charter school.

Guam – The home of the sharks could be a charter school in as little as two years.

That’s the goal of Senator Dennis Rodriguez Jr. who introduced the legislation along with bi-partisan support from four other lawmakers to convert the dilapidated high school into a charter school.

Bill 70, if passed into law, would not only re-build Simon Sanchez High school, but shift the burden of borrowing $100 million to a prospective charter school.

“We’ve looked at the already authorized statute where it says you can convert public schools into a charter school and we looked at what that would mean in terms of cost to our taxpayers,” Senator Rodriguez shared with PNC.

He went on to explain that with the $100 million law that was authorized to fund the renovation of the high school, the real cost could add up to as much as $90 million, potentially leaving as little as $10 million reserved for the 34 other campuses.

The Democrat lawmaker isn’t the first to tackle this issue that’s now currently tied up in procurement delays thanks to yet another protest of the RFP. Senators Tom Ada, Joe San Agustin, and Mike San Nicolas are a few that have drafted their own legislation tackling varying issues that’s stemmed from the procurement process. But each legislation has had one common goal: how do we expedite the renovation of the rundown high school?

“With all the different amendments to the existing procurement law to try to get that moving forward, it hasn’t worked. I don’t see anything we’re doing now to amend the current pro process in getting it moving forward,” acknowledged Rodriguez.

So instead, the senator has turned to an existing law, that if done correctly, could only take two academic years tops from start to finish. He believes this process will be saving taxpayers money in the long run and will ultimately jump start the re-building process.

“When we took a look at what we’re doing with charter schools, the $6,500 that is being allotted for a charter school per child, per year and you take the number of students over at SSHS, about 2,000 students there that comes out to about $13 million a year. So looking at how charter schools operate, we believe that this is something that we’ll be able to live within to, provide a quality education to each student there and also be able to pay for the rebuilding of the facility,” Rodriguez explained.

Rodriguez assures PNC that the vetting process is still the same. The only amendment would place the Guam Department of Education, not a charter council at the helm of the decision-making process.

And for those concerned about the transition from a traditional school to a charter school with the ever-plunging teacher rates, Rodriguez says a current law already protects educators undergoing this process.

“It will still be the ‘Home of the Sharks’. It will be right in Yigo. It will be at the same location, and the bill does say that. It’s not going to be called ‘Simon Sanchez Charter Academy’. It’s ‘Simon Sanchez High School. Period,” he said.

Rodriguez adds that he will be reaching out to the community of Yigo, and will be speaking with Mayor Rudy Matanane as well.