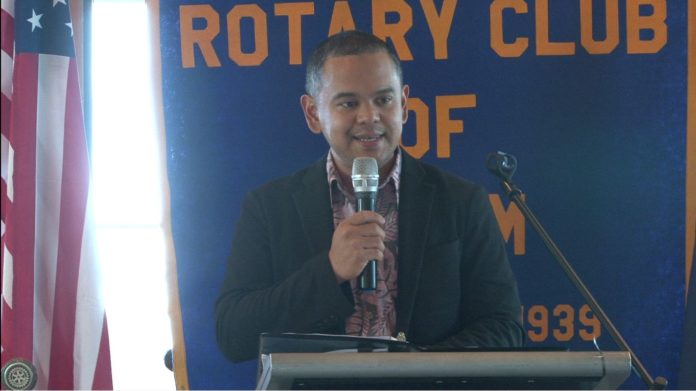 Guam – Speaking at a Rotary Club meeting, gubernatorial candidate Senator Dennis Rodriguez discussed the islands drug epidemic and overall state of disarray that has reduced people to crimes of poverty, going so far as to say that these crimes pale in comparison to the thieves in government.

Citing the drug epidemic as a public health problem and speaking on the cycle of arrest, incarceration and relapses without an examination of the root problems of addiction, Rodriguez said that drug users would lose everything, gain nothing and that the government would punish the families into deeper poverty and a life without opportunity.

“Why do we do this to ourselves? Why do we do this to our own people? But more importantly, why do the political elite act like they are somehow better than everyone else, like we don’t all have our own flaws? Sure, there are drug users on our streets, but do these crimes pale in comparison to the thieves in our own government?”, said Rodriguez.

If elected to office, Rodriguez and his family would not reside in the Governors House, instead, he would offer the government facility as a “house of the people” by establishing a rehabilitation center for substance abuse users and the islands homeless.

“As for crime, we’re not going to be naive and think that parading around this island like a cowboy is going to do anything to solve the problems of robberies, burglaries and theft, if we don’t have the courage or decency to ask ourselves why people are stealing to begin with. And, we can’t just blame drugs, because the last that I’ve checked, there was a story of a father stealing food from a mom and pop store to feed their family,” said Rodriguez.