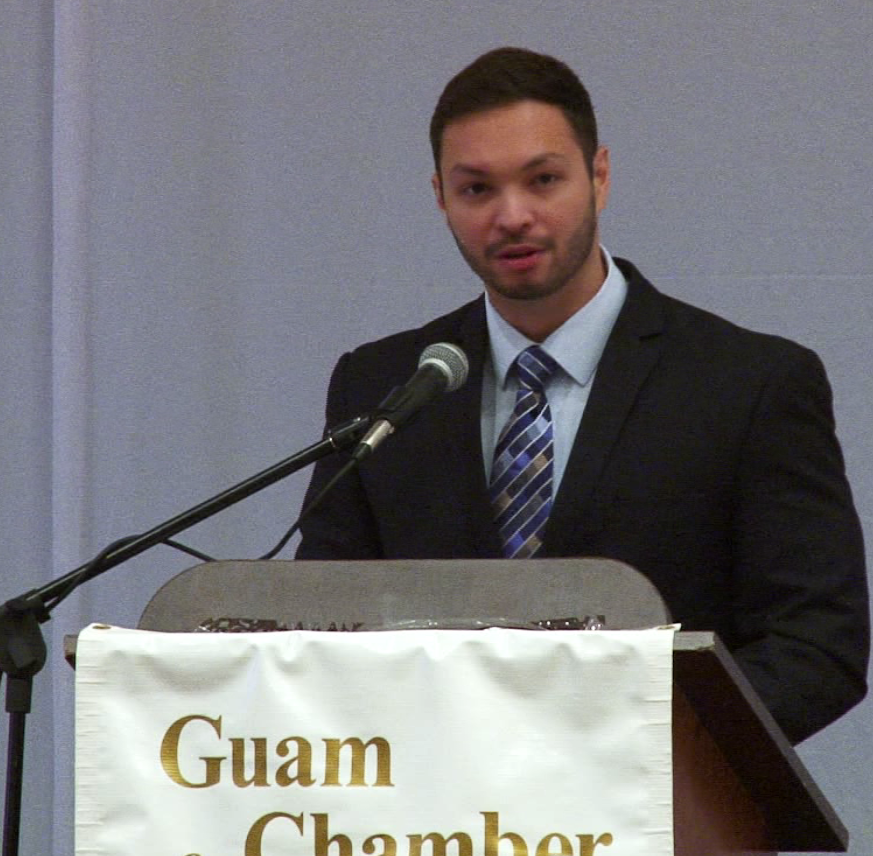 The lawmaker explained Bill 153 –an alternative option to hiking up taxes in order to solve Guam Memorial Hospital’s financial woes.

Guam – Advocating his latest legislation to the Guam Chamber of Commerce, Democrat Senator Michael San Nicolas was the featured guest speaker during today’s kickoff GCC meeting at the Sheraton hotel.

The lawmaker explained Bill 153 –an alternative option to hiking up taxes in order to solve Guam Memorial Hospital’s financial woes.

He began his speech this afternoon by offering a proverbial olive branch to the business leaders.

“I want to open first by saying that I come in peace. I understand that the last time a senator was here, the conversation was not as pleasant, but I assure you today that the items that I will be sharing with you are actually very much aligned with the interests that are represented in this room.”

San Nicolas is proposing that funds already set aside to GMH be reorganized for better use.

“I proffer today that we actually have the resources internally and I wanted to present some of the evidence to this body in order to hopefully get your support in order for us to not raise taxes and not increase our public debt at this time,” the senator explained.

Although GMH requires about $46 million in funding, the Democrat lawmaker believes the funding source is identified since Guam already spends about $90 million in healthcare.

He believes one immediate fix would require prioritizing funds at the discretion of GMH Administrators.

Those plans were discussed during his lecture this afternoon.