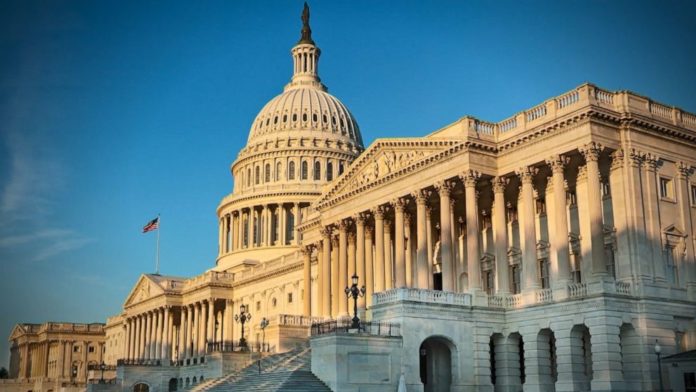 (ABC News) – The U.S. Senate unanimously approved a bipartisan deal Tuesday afternoon that will pump another $310 billion into the Paycheck Protection Program, a federal program designed to extend loans to small business owners to help retain their employees for two months and keep their companies afloat amid the coronavirus pandemic.

The overall deal lawmakers and the White House agreed to tops $484 billion. This comes just weeks after Congress approved a $2 trillion stimulus package, the largest relief measure in American history.

“It’s unfortunate it took our Democratic colleagues 12 days to agree to a deal that contains essentially nothing that Republicans ever opposed. In my view, it’s indefensible that Main Street’s small businesses and their workers had their assistance cut off for partisan leverage. … the American people cannot be political leverage. I’m glad we’re now poised to move ahead,” Senate Majority Leader Mitch McConnell said on the Senate floor before the voice vote Tuesday.

The Senate attempted to pass $251 billion in aid for the small business loan program, but that vote failed earlier in the month.

House Speaker Nancy Pelosi and Senate Democratic Leader Chuck Schumer released their own statement claiming victory over Republicans in getting the $484 billion deal cobbled together.

“Democrats flipped this emergency package from an insufficient Republican plan that left behind hospitals and health and frontline workers and did nothing to aid the survival of the most vulnerable small businesses on Main Street,” the two leaders said in a joint statement Tuesday.

“It is unfortunate that Republicans’ refusal to negotiate in a bipartisan way delayed agreement on this legislation. Now, Congress will move swiftly to bring this legislation to the floor and pass it this week, so that we can bring desperately-needed resources to those who are suffering,” Pelosi and Schumer said.

The House is expected to vote on the massive deal on Thursday, before it heads to President Donald Trump’s desk for his signature.

Trump signaled his approval of the deal on Twitter, saying, “I urge the Senate and House to pass the Paycheck Protection Program and Health Care Enhancement Act with additional funding for PPP, Hospitals, and Testing.”

The agreement also adds $60 billion for the Small Business Administration’s disaster relief fund, and farms and other agriculture enterprises would now be considered eligible.

It also provides an additional $75 billion to hospitals and $25 billion to testing, including resources for states.

Of the total amount dedicated to testing, there will be $11 billion given to states and localities “to develop, purchase, administer, process and analyze COVID-19 tests.”

Republicans successfully blocked Democratic requests for state and local aid in this package, as well as a 15% increase in the size of food stamp checks.

Pelosi and Schumer expressed disappointment that more funds for local and state governments wasn’t included in this package, but are “pleased” that Trump has committed to looking at this issue in the next round of funding, which Congress expects to take up next month.

Nearly a million small businesses were trapped in the application pipeline as PPP ran out of money last Thursday, according to the Senate Small Business Committee, as Democrats and Republicans fought over whether or not to include additional funding for other pandemic emergencies, like hospitals and testing.

Schumer, a New York Democrat, said that the Trump administration had agreed to a national strategy to test Americans for the novel coronavirus, something for which Democrats have fought for weeks.

“You need a significant federal involvement. You need a national strategy, and Mnuchin and the President and Meadows agreed to that, to their credit,” Sen. Schumer said, referring to Treasury Secretary Steve Mnuchin and White House Chief of Staff Mark Meadows.

The White House did not respond to a request for comment about the alleged testing deal from ABC News. Trump has, heretofore, said testing plans should be left to states.

The final details of the roughly $484 billion agreement were hammered out “well past midnight” in a conference call between Schumer, House Speaker Nancy Pelosi, Mnuchin, and Meadows, Schumer said. Staff worked through the night to craft that agreement in principle into legislative text.

But with that sectioning off of funds comes with it some delay, warned Senate Small Business Committee Chairman Marco Rubio, R-Fla., who asked the Small Business Administration (SBA) over the weekend to get working on the changes immediately.

“What I want to caution everybody about right now is even if that money is approved on Wednesday, it’s going to take some time now to have to redo the entire SBA website to meet these new parameters of the money set aside for banks under 10 billion in assets and one billion in assets, and what I’m asking them to do is to start doing that now, not to wait until Thursday or Wednesday when this passes, because we’re going to have on Thursday, whenever this opens up, you will have 800-900,000 applications hit the system all at once,” Rubio said in a CNBC interview.

The fight over additional funding now moves to the fourth stimulus bill which is already being negotiated behind the scenes.