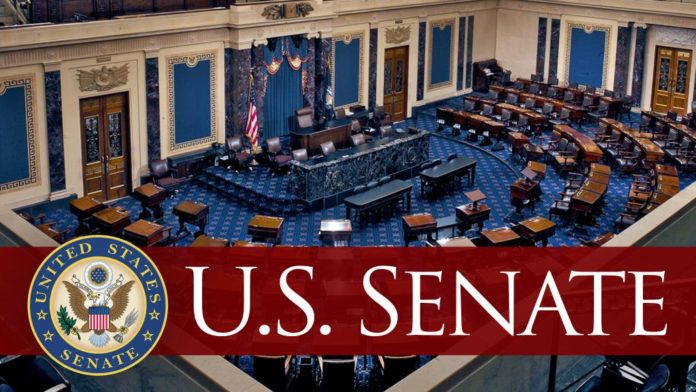 (NGAUS) – A new Senate bill would provide Guard soldiers and airmen with transitional medical coverage after they demobilize from COVID-19 missions.

TRICARE is the U.S. military’s health care delivery system. It functions similar to private medical plans. Guardsmen on federal orders in increments of more than 30 days and their families currently have access to the coverage.

They and their families receive transitional medical care for six months after an overseas assignment to help cope with possible post-deployment health issues, but the law governing domestic missions has no requirement for such coverage.

“These soldiers and airmen have been on the front lines of the worst public health crisis in more than a century,” said retired Brig. Gen. J. Roy Robinson, the NGAUS president. “It would be unconscionable to send them home to their families without medical coverage.

“Active-component personnel coming off the same front lines have coverage, and rightly so,” he added. “All we are asking is that we treat Guardsmen the same way.”

Unfortunately, he said, the situation requires a “legislative fix,” such as the Support our National Guard Act

“Guardsmen and their leaders nationwide greatly appreciate Senator Ernst and Senator Manchin for stepping up and getting this started,” Robinson said. “They both are on the Senate Armed Services Committee, so we know they already have a lot on their plates. But both have long looked out for our citizen-soldiers and airmen.”

Ernst is a retired Iowa Army Guard lieutenant colonel and combat veteran. And Manchin last year was a co-recipient of the Harry S. Truman Award, the association’s highest honor for longstanding contributions to the nation’s defense and security. He was honored both for his work in the Senate and while he was the governor of West Virginia.

More than 47,000 Guardsmen are currently on duty nationwide to help state and local authorities respond to the coronavirus outbreak. They are performing a multitude of missions, including but not limited to distributing protective equipment to hospitals, staffing mobile COVID-19 test centers, managing food banks and delivering food, and disinfecting nursing homes.

Roughly 85% are on federal orders under section 502(f) of Title 32 of the U.S. Code. Title 32 provides the federal legal framework for the Guard in a state status. For the current emergency, it enables the Guard to respond under the command of the governors while the federal government covers pay and allowances.

Robinson calls the provision the “best way” for the Guard to respond to a regional or national emergency. It takes the financial burden off the states while keeping the response local and flexible, he said.

“But 502(f) has long been flawed,” he added. “The Pentagon doesn’t like to use it out of fear of not being reimbursed in the timely manner by the Federal Emergency Management Agency and it doesn’t spell out adequate protections for the troops.

“The Support our National Guard Act would increase those protections,” Robinson said.

NGAUS has previously advocated for the use of Title 32 orders for the COVID-19 response. The association also lobbied the president to extend those orders beyond 30 days in order to provide Guardsmen with TRICARE coverage.