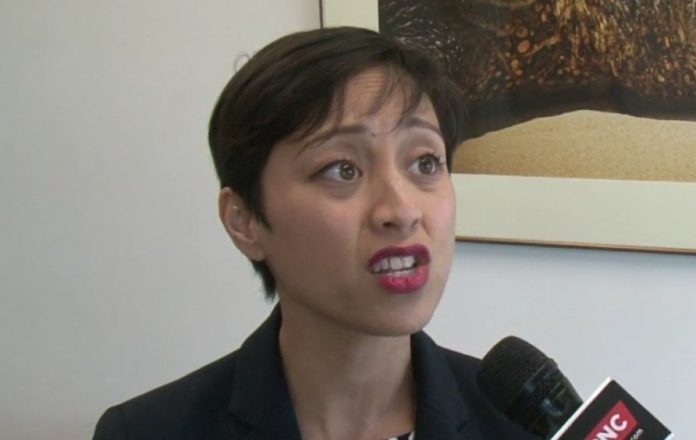 Senator Regine Biscoe Lee is questioning the reimbursement payments made to two employees in the Agat mayor’s office.

Agat Mayor Kevin Susuico maintains he did nothing wrong and said the senator should have asked him first before suggesting that his office had misused public funds.

Senator Lee fired off letters to the Guam Attorney General, the Public Auditor, and the chairman of the Legislature’s mayors council committee to call their attention to what she described as the appearance of impropriety in the reimbursement of non-appropriated funds to two individuals in the Agat Mayor’s office.

What caught her attention in the latest expense reports filed with the legislature was $46,000 in reimbursements paid last year to one employee, Rowen Malaga, who made less than $29,000, and $10,000 in unappropriated fund reimbursements to another employee.

“If you look at the mayor’s standard operating procedures, personal reimbursements for non-appropriated funds are highly discouraged. So that, in and of itself, one, two, three reimbursements of this kind could raise red flags. But we’re talking about several in the amounts of up to $56,000 over the course of the last few months. So that certainly raised red flags for me. I ended up with many more questions than I was able to answer,” Lee said.

But Agat Mayor Kevin Susuico said everything that’s in the books has its records.

“Everything that was purchased has its supporting documents. And there is nothing there that anybody was receiving just because they needed to receive money or to just give a kickback of some sort. None of that happened? Absolutely not,” the mayor said.

Susuico explained that the checks had always been made out to Malaga for the numerous fiestas and events that a number of employees all contributed to. It has been standard procedure in his office. Malaga then cashed the check and paid back each individual owed a reimbursement in cash.

But Lee said the mayor’s response raised additional red flags for her.

“If you listen to what the mayor had responded, he also had some questions about how to follow those SOPs and he also admitted that maybe this isn’t the best way. It’s kind of shady accounting,” Lee said.

Mayor Susuico said: “As we stated earlier, if there is a better way to handle this reimbursement process and we’ll definitely be taking a look at it. Again, the reason why we stuck by it is we were never red-flagged for it.”

“I reached out to her office. When I found out that there were some words going around about impropriety and the allegations that she’s put forth … it’s very uncalled for. And being a senator herself she should have reached out to our office and said whats going on. We have nothing to hide,” the mayor said.