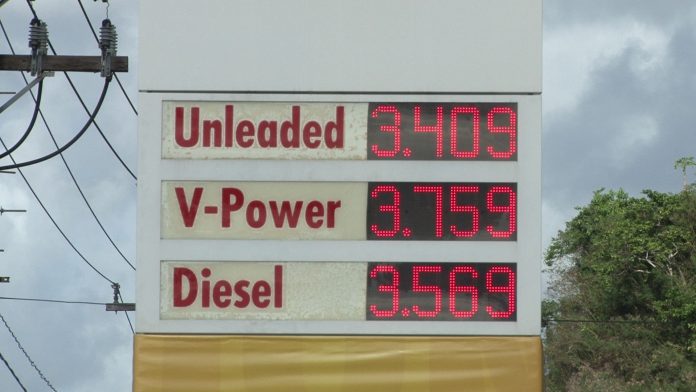 Guam – With nationwide gas prices trending downward, at least one senator is concerned that the island’s price for fuel seems to be going up.

Just this Wednesday, gas prices went up by 15 cents, from $3.26 a gallon to $3.41 a gallon. So Senator Frank Aguon Jr. sent a letter to Attorney General Elizabeth Barrett-Anderson requesting that she look into the island’s three major providers, Shell, 76 and Mobil gas stations.

Senator Aguon says “apart from complaints of price gouging and suspicions of price fixing, many constituents express disbelief in the disparity between gas prices on military installations.”

The senator also points out that when compared to gas prices on base, Guam’s prices can be as much as double military base prices.

Attorney General Elizabeth Barrett-Anderson says she is in receipt of the letter and has routed the request to the consumer complaint division. It is currently under advisement.