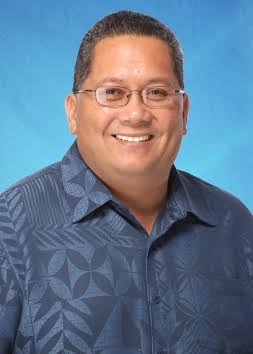 Blas is asking the A.G. to review the matter and to provide guidance on what Guam’s local government can do to make sure that these convicted deported felons don’t return to Guam.

Guam – Senator Frank Blas Jr. is asking for the Attorney General’s office to assist with deportations to ensure that deported felons don’t return to Guam.

The Senator issued a press release after the Governor deported the second FSM Citizen back to Chuuk yesterday. Senator Blas wrote a letter to A.G. Elizabeth Barret-Anderson saying that he wholeheartedly supports the concept of deporting eligible convicted criminals but he wants to ensure that everything is done to guarantee that these individuals are never allowed to return to Guam. The Senator says he is concerned that there may not be “enough follow up on these cases to guarantee that these specific individuals do not return to Guam”

Blas is asking the A.G. to review the matter and to provide guidance on what Guam’s local government can do to make sure that these convicted deported felons don’t return to Guam. The Senator says that he is willing to introduce legislation that the A.G. may think is required to keep deported criminals out of Guam. However it isn’t clear whether or not Guam can keep deported criminals out of the island as it is the federal government that controls the island’s immigration. “Is there any action that we can take and is there any local statute that can be enacted to be able to enforce that activity? It may be that it has to be that this is a federal action. While it appears and it can infer that, we don’t know that,” said Blas adding, “Again it comes down to wanting to make sure that the Governor’s actions are enforceable and if there’s nothing from the local side what do we need and who do we need to talk to on the federal side to be able to make sure that it’s enforceable.”

The Senator has invited the Attorney General to meet with him to further discuss this matter to ensure that all elements of this process are thorough and can withstand any legal challenge.