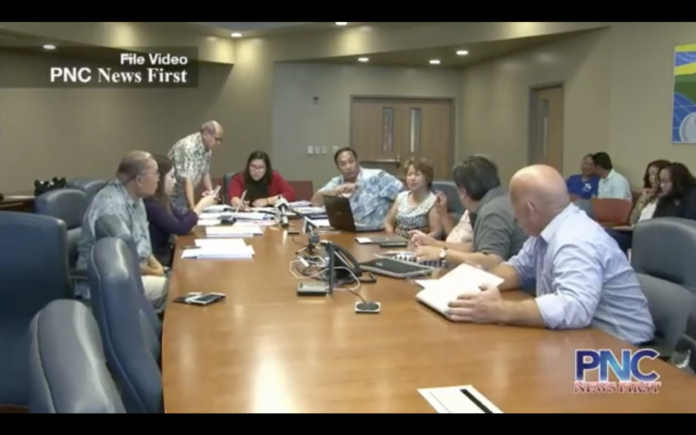 Guam – The Legislative Committee on Education’s Subcommittee on Charter Schools was scheduled to hold a working session today with the Charter Schools Council and Board of Trustees. The meeting was postponed, but this morning, News Talk K57’s Patti Arroyo spoke with the Subcommittee’s Chair, Senator Wil Castro, about what the working session will entail.

Castro states that the purpose of the working session is to bring committee members together to understand the law, processes, and challenges that charter schools bring to the table. The working session, which would include the Board and the Guam Department of Education, would also address what role the schools play in the overall strategic school system of the island.

“I don’t necessarily think that charters should exist in a world of their own, nor do I think that the Department of Education should allow that conversation to go on without them being an active voice in it as well,” said Castro.

Castro says that as an educator, he’s a lot more concerned and interested in supporting charters so that they can achieve their stated academic goals. This, he says, is really the intent behind the working session.

Another point that needs to be addressed is to clarify the extent of oversight the Charter Council has on the schools:

He says the council does have specific jurisdiction over the charter schools. For example, they can impose sanctions under charter school law as well as approve, revoke, and issue sanctions based on current statute.

Ultimately, his goal is to have the council will have more clout over the Charter Schools:

“So they can conduct this type of due diligence. There’s more to a school than the finances, although that’s kind of the great concerns of many of our stakeholders, but I’m hoping that the bigger questions associated with academic achievement and an effective workforce in the schools are also addressed,” Castro said.

He says once this goal is achieved, there won’t be a need for a subcommittee on charter schools in the future.

In the meantime, the legislature still needs to address the gap in the law and a lot of work needs to be done to either strengthen the council or remove it altogether and establish a governance structure.

The new working session date hasn’t yet been set.