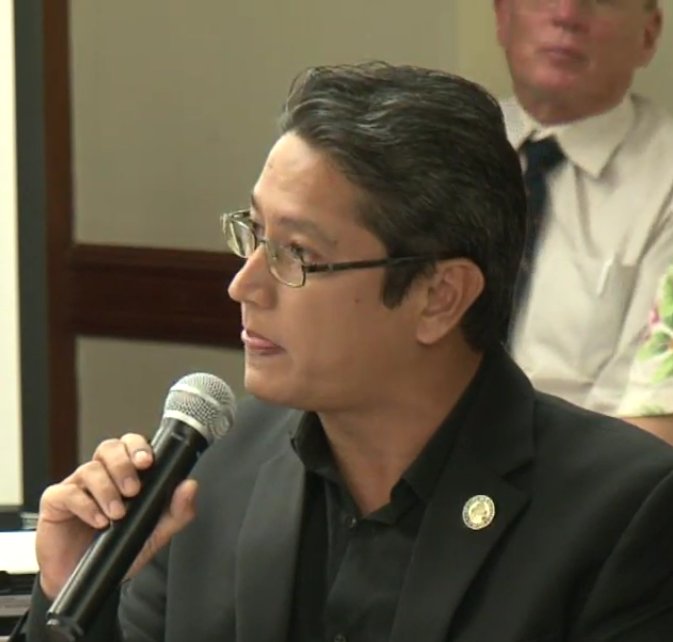 Guam Senator Wil Castro is calling for the re-opening of the Dededo flea market.

In a release to the media, Castro said “reopening the Dededo Flea Market will help many in our community … farmers will have an outlet to sell their produce and consumers will have a choice of where to buy theirs.”

Castro says a number of farmers have reached out to him to ask for help. He says the ongoing COVID-19 crisis “has made it nearly impossible for them to make ends meet.”

The Senator says he has already talked about re-opening the market with Dededo Mayor Melissa Savares who, he says, supports the idea.

Castro says the Mayor has already contacted the Joint Information Center to suggest that the flea market be re-opened to “vendors who sell only produce.”

READ the release from Senator Castro in FULL below:

“Reopening the Dededo Flea Market will help many in our community. I am confident that it can happen timely and compliantly,” —Senator Wil Castro, Delegate hopeful for U.S. Congress.

(Barrigåda, Guam) If efforts and a desire to safely reopen the Dededo Flea Market push through, farmers will have an outlet to sell their produce and consumers will have a choice of where to buy theirs.

Yesterday, Senator Wil Castro communicated with Dededo Mayor Melissa Savares to find out if there are plans to reopen the popular public market. A number of farmers have reached out to Senator Castro to ask for help as the ongoing CoVid-19 crisis has made it nearly impossible for them to make ends meet.

“Like the many residents who have lost jobs or whose hours were reduced, our farmers are struggling to provide for their families,” stated Senator Castro, Delegate hopeful for U.S. Congress, in his email.

“In light of this, and in understanding the current social guidelines implemented by our government, … I believe that, if modeled the same way that grocery stores are currently operating, there is a great potential for the Dededo Flea Market to benefit farmers and consumers alike,” Senator Castro added.

Soon thereafter, Mayor Savares responded in the affirmative and noted that her office has communicated with the Joint Information Center and with “vendors who sell only produce” as part of “a plan to open the market.”

“As soon as we have a go from JIC, we will contact our vendors (strictly farmers) to let them know what space they will occupy at the market,” Mayor Savares stated.

Because of strict social distancing and controlled-crowd guidelines, only sellers of fruits and vegetables will likely be allowed at this time, Mayor Savares said, while noting the probability of a “drive-through process to reduce congregating.”

Senator Castro then asked Mayor Savares if she would consider allowing vendors of fruit and vegetable seedlings to also sell their products when the market reopens.

“Many of our residents have started planting fruit and vegetable seedlings in their yards during the stay-at-home period … I hope that your team will consider it,” Senator Castro stated.