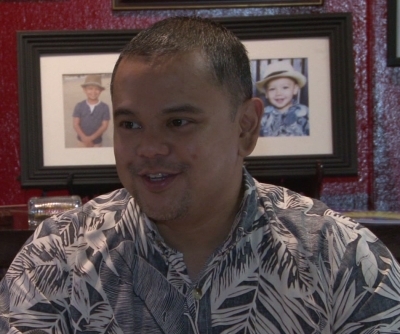 Guam – Senator Dennis Rodriguez Jr. Is considering a possible run for Adelup in 2018

The four-term senator tells PNC that he is considering the possibility but would not confirm the office he intends to run for. Moreover, Rodriguez says he has been approached by multiple candidates for governor to run with them as their lieutenant governor. The lawmaker says he has prayed long and hard over the possibility, and will consult with his family before making a final decision. He tells PNC that he still has plenty of work to do as senator, and to dedicate his full focus to a gubernatorial run would be unfair to the people of Guam. Rodriguez Jr. Is currently the chairman for the committee on health, tourism, military affairs, & senior citizens? He was first elected into the 31st Guam legislature.

“I am open. I’ve been invited to be a part of gubernatorial team. So, my family and I are also considering but we are praying deep and hard to make the right decision knowing at the end of the day it’s going to have to be good for my family and good for the people of Guam,” says Rodriguez.

So far, former governor Carl Gutierrez, Senator frank Aguon Jr., and Bank of Guam President Lou Leon Guerrero have all confirmed they plan on running in 2018. Leon Guerrero is the only potential candidate thus far to choose a running mate when she announced her intentions to run with autospot vice president Josh Tenorio.