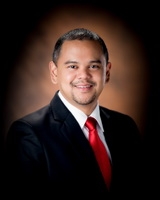 Senator Dennis Rodriguez Jr. says he is pleased that Governor Eddie Calvo is taking over the GMH Board of Trustees.

Guam – GMH legislative oversight chairman Senator Dennis Rodriguez Jr. says he’s pleased that the Governor has stepped in and assumed the responsibilities of GMH’s board of trustees.

In fact the senator says the Governor should reconsider appointing any new members to the hospital board. Rodriguez says the problems at GMH, which are decades old, require the Governor’s “direct action” and “direct responsibility. “At the end of the day the bottom line is it’s the Governor of Guam. Whoever is the Governor has the ultimate responsibility of healthcare in our hospital. It might be a very good idea that the Governor truly is taking over and is going to lead the hospital to make the changes that is needed,” said Rodriguez.

The Senator says the real question is what GovGuam should do to improve operate and sustain GMH in the long run. The task force he empaneled earlier this year will be producing a report that will deal with a long term plan for GMH.