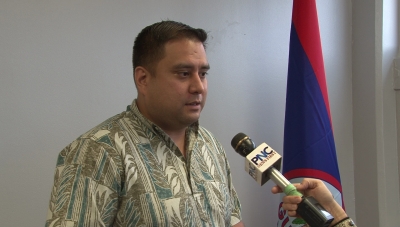 Guam – Republican Senator Fernando Esteves says he will not seek re-election in 2018. In an exclusive interview on Newstalk K57 with host Andrea Pellacani, Esteves explained that he doesn’t have any intentions to run again for office. Esteves, who is a first-time senator, says that he never wanted to be a career politician and now that he has had the experience of serving in office he wants to go back to focusing on life in the private sector as a small business owner.

“The main reason is a lot of people don’t know we were blessed with our first child at the end of the month after the first election. So, I was quickly a new father. It’s life changing and I’ve been through a lot of things in my life and for me family is very important and that time with your family is more valuable than anything and so I do want to spend the time to enjoy my daughter Livia and be there with her as much as I can as she grows up,” said Senator Esteves.

Esteves says there is still a possibility he could run again sometime later in the future.