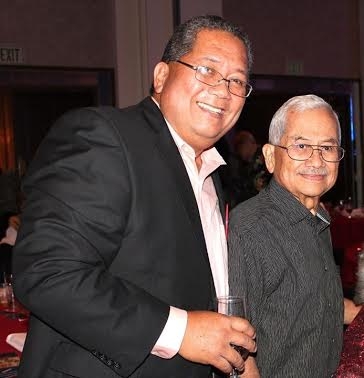 Funeral services will be held on Tuesday, August 9th.

Guam – Senator Frank Blas Jr. issued a statement thanking the community for their support of his family after the passing of his father and announcing the dates and times for his rosary.

Former Lt. Governor Frank Blas Sr. passed away on Monday night. On Thursday his son, Senator Blas issued the following statement: “We want to thank everyone for their prayers and support for our family during this time. The outpouring of kindness has been overwhelming and reminds us that our dad had such a positive influence on the lives of so many people. the family would like to announce that mass is being said nightly at 6 p.m. at the Dulce Nombre De Maria Cathedral-Basilica in Agana followed by the rosary. On Sunday, rosary will be said at 6:30 p.m. with mass to follow at 7 p.m. that evening. Funeral services will be held on Tuesday, August 9th. Again, the family wishes to convey our sincere appreciation for all of the calls, visits, prayers and words of encouragement.”