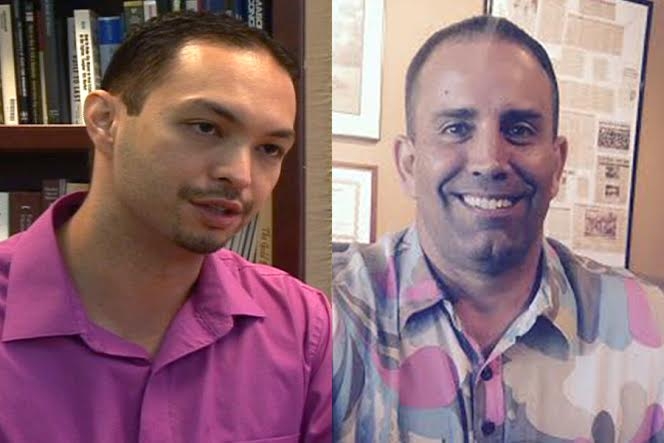 Guam – This morning (Fri.) Senator Brant McCreadie introduced a bill to repeal the raises that senators gave themselves and reduce their salaries down to $55 thousand dollars a year. Then this afternoon Senator Mike San Nicolas introduced a bill that would reduce salaries for the Senators Governor Lt Governor and Mayors.

“This is my way of saying one I’m listening to the people and two I’m not just gonna listen and act as if the solution is gonna take care of itself,” said Senator McCreadie. This morning (Fri.) Senator McCreadie introduced Bill 202 which would reduce senators salaries back to it’s 2010 level of a little over $55 thousand dollars a year. The topic of Senators’ salaries has gained traction after Simon Sanchez High School students released a survey showing that 91 percent of people support the repeal of these raises. “This is about us this is about 15 senators who every year ask the people to vote for them to lead them. Do the work for the people. Don’t burden the people because of your work and that’s what the raise has done and that’s what this repeal will do it will make us leaders again and hopefully it will illustrate something that would gain us trust back in the public,” said Senator McCreadie. The Republican lawmaker also introduced bill 201 which would allow Senators to return their retro pay.

The Senator sought a waiver for a public hearing on his bill but Speaker Judi Won Pat rejected this request saying a public hearing is necessary on this and all bills. Then this afternoon Senator Mike San Nicolas introduced a bill of his own that would not only repeal the raises for Senators but also the raises that were given to the Governor the Lt Governor and the island’s mayors. Bill 204 would reduce Senatorial salaries to about $55 dollars annually, the Governor’s to $90 thousand the Lt. Governor’s to $85 thousand, mayors to $46 thousand and vice-mayors to $42 thousand. It also reduces the salaries of politically appointed directors and administrators who were also given raises via the same bill that gave senators raises.