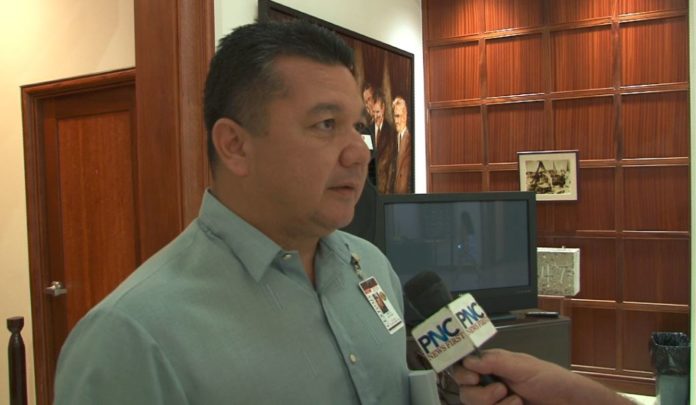 Last Friday, PNC received from an anonymous source a letter from Senator Telena Nelson to Acting Governor Ray Tenorio. In the August 1 correspondence, the senator informs Tenorio that Eric Palacios’ conditional appointment at Guam’s Customs and Quarantine Agency expired on July 29. Palacios was nominated by the Calvo administration on May 1.

Nelson requests that another nomination be made. She writes: “Please submit nomination packet for another individual to the Guam Legislature for the body’s consideration.”

Palacios endured a rough confirmation hearing at the Guam Congress Building last month, but his appointment was never confirmed by senators. Adelup spokesperson Oyaol Ngirairikl says the Calvo administration is still waiting on the Legislature’s confirmations for 24 nominations put forth by the governor. She further accuses Nelson of failing to give her legislative colleagues the option of approving or disapproving Palacios’ nomination.

PNC received a second letter yesterday afternoon, this one disseminated by Senator Nelson herself. According to the message, Palacios was fully aware his nomination would lapse. Nelson also states she will not be advancing his nomination at Customs, citing the Calvo appointee’s surrounding controversy and lack of relevant experience — two requirements needed to lead a paramilitary agency contingent on unit cohesion.

“Unfortunately, with the concept of ‘rank-and-file’ in leading our men and woman of Guam CQA, I do not believe that Mr. Palacios had the right experience necessary to lead the agency. This agency is charged with being the “front line in protecting our island’s points of entry, thus deserving of more than just a charismatic leader … I did not advance Mr. Palacios’ confirmation to the floor because I felt he did not have the support of the men and women he was asked to lead.

The senator then acknowledges Friday’s leak, stating, “I did not make public spectacle out of this personal conversation as a result of Palacios’ request to me on Thursday, July 26, 2018. Clearly your staff was unaware of these facts or chose to ignore them.”

Governor Calvo has since told news outlets that he has every intention of keeping Palacios at CQA.