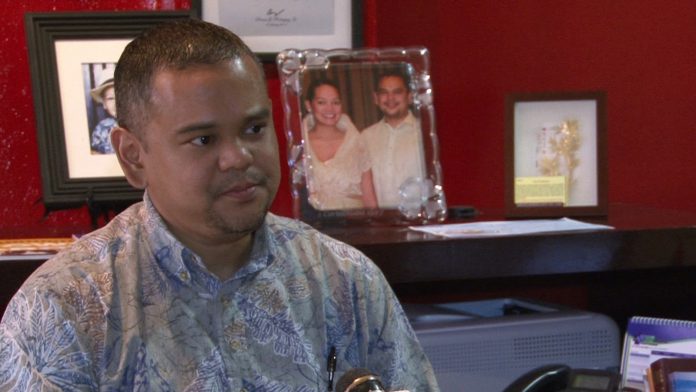 Senator Rodriguez responds to the governor’s bill that proposes a complete transformation of the Guam Memorial Hospital.

Guam – Health Committee Chairman Senator Dennis Rodriguez Jr. has some reservations with a bill submitted by the governor that proposes a complete overhaul of the Guam Memorial Hospital to the tune of $155 million in taxpayer money. He believes there are other options out there the government should explore first before resorting to tax hikes.

The governor’s GMH transformation bill was just transmitted yesterday and already it is raising eyebrows. Senator Dennis Rodriguez Jr., the committee chairperson on health is one of those questioning the potential impacts of the bill.

“We should wait and see all the other options that we have; the public-private partnership potential efforts that the hospital could still be doing now,” says Rodriguez.

PNC: “What about raising taxes?”

“No. I think if it’s to have discussion, we could have discussions on it but I think really we owe it to our people to exhaust all other means, all other options first before resorting to raising any taxes,” he says.

The bill, among other things, proposes to raise taxes. By how much and in what method is offered through a number of options that the Legislature will have to decide if they choose to move forward with the bill.

Nevertheless, with the kind of money the governor’s office is proposing to raise, most of the funding for the $155 million they say they need will have to come out of taxpayers’ pockets.

Again, Rodriguez emphasizes that there are other options out there for GovGuam. Some of these options, he points out, were outlined in his 10-point plan as part of the GMH Task Force.

“We have over $200 million on the table now for Guam’s use. The only problem is we have to come up with 45 percent of that and so that’s where we gotta be creative,” he explains.

“Our Medicaid program, for example, is basing your eligibility based on the federal poverty level at 108 percent of that and so what we’re looking at doing is expanding that, to increasing that 108 percent to perhaps 138 percent. That’s where you’re gonna see a large number of working families who can’t qualify for Medicaid,” notes Rodriguez. “We’re looking at, this will impact, at least for that one component, about 15,000 to 16,000 lives.”

In terms of healthcare coverage, Senator Rodriguez says there are similarities between his proposal and the governor’s proposal. Both provide some sort of subsidy for employers, like small business owners, to be able to provide healthcare coverage to their employees.

“One of biggest components of our GMH task force report was to establish some form of universal healthcare for our community. So I’m happy that the governor has looked at that,” says Rodriguez. “The plan that we’re looking at does not require raising taxes to do that or borrowing money to do that.”