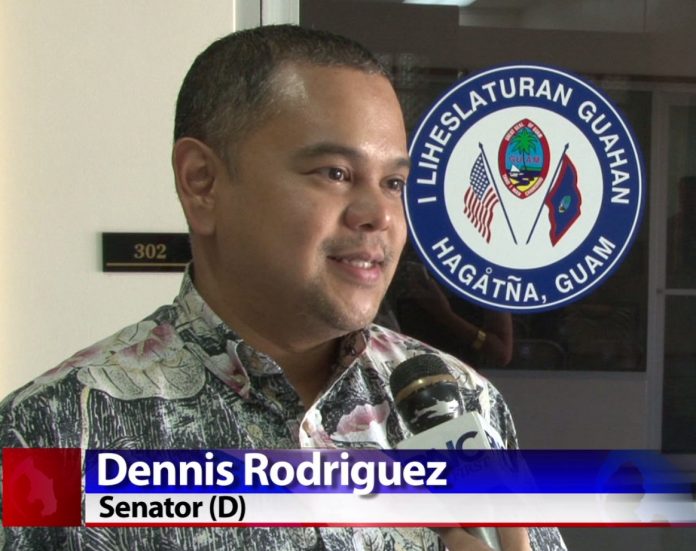 Guam – Senator Dennis Rodriguez JR., the Committee Chairperson on Health, says it might benefit the island’s welfare recipients to have Guam’s state plan amended to reflect an increase in the reimbursement rates for Medicaid.

Under this plan, those under Medicaid will be covered up to a certain point and currently, the reimbursement rate for Medicaid begins at $1,100 for GMH –a vastly low rate compared to GRMC’s rate of over $5,000.

But if the federal reimbursement rate is not raised to match GRMC’s rate, Senator Rodriguez says the repercussions could dramatically endanger thousands of Guam’s most vulnerable patients who rely solely on the insurance coverage.

“We’ve been saying that the thousand dollar per day per diem that Medicare reimburses is not enough. It’s not the true cost of what it is to care for a Medicare patient and because we’re here to set up with our state plan that for MIP and Medicare follows the Medicaid reimbursement. That’s the type of bind we’re in right now with GMH, so I  take a step back and look at the reimbursement rate that GMH is getting and perhaps, that’s the rate that we’re getting all along with GMH,” he said.

In order for the rates to change, Senator Rodriguez says Guam’s state plan will have to be amended so that the island is not playing catch up to an already behind rate.

“So I take a step back and take a look at what the reimbursement rate, what GRMC’s getting and perhaps that’s more of the rate we should be charging over at our hospital over at GMH, so all along I’ve been saying that’s what I’ve been talking about with the rebasing. I said we’ve gotta be prepared because if the federal government comes back and does the rebasing for GMH, it’s gonna be at a higher level. We’ve gotta be prepared as a government to ensure that we’ve got the resources to cover that,” he said.

The Chairman of the Health Committee told PNC that the rates are subject to cover some of the island residents who are the most economically disadvantaged.

In 2014, the Division of Medicaid and Children’s Health Operations deemed that Guam’s state plan needed an update to reflect the reimbursement issues our healthcare providers are facing today.

We asked the Health Committee Chairman what it would take to raise the budget cap.

“If we’re not gonna follow suit with what Medicare is reimbursing, then that state plan has to change. That’s a discussion that I know that within this period of time, I know is gonna be had with public health and all the stakeholders,” he said.

According to Medicaid.Gov, the state plan is created so that states have “mechanisms in place to ‘wrap-around’ private coverage to the extent that benefits are less and cost sharing requirements are greater than those in medicaid.”

But because the island of Guam is a US territory, what does this plan look like moving forward?

“If you are able to raise that rate, the hospital is able to obtain the payments for what it is to actually cost to serve the patients. I think we’ll all be on equal footing with them,” he said.

Currently, the Chairman of the Health Committee says that Guam’s state plan grants partial funding by the federal government with a US territory rate of about 55-45 coverage.

Whether you have Medicaid or Medicare, Senator Rodriguez says Guam’s healthcare providers will soon have to provide a “middle ground.”

In addition, Senator Rodriguez says that he looks forward to announcing a statement come Monday about his solution to this issue.