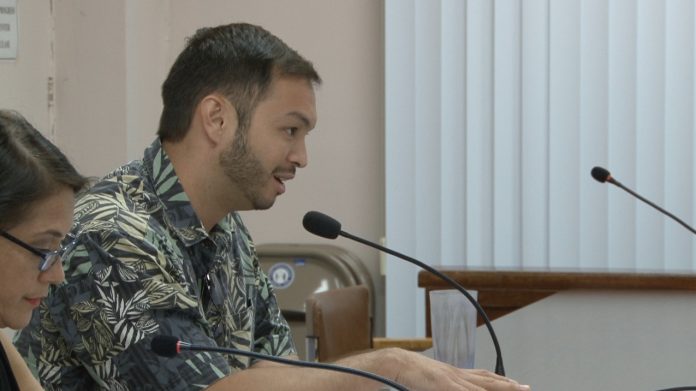 Senator Mike San Nicolas says at a time when GMH is underfunded, raising the smoking age could save taxpayers money.

Guam – Today, a public hearing was held for a bill that proposes to raise the legal smoking age to 21.

While many testified using statistics and science to show the dangers of smoking, a local insurance rep, Annette Perez, says based on 2014 numbers, a 65-year-old smoker pays 48.9 times higher more for healthcare than a 65 year old non-smoker. Senator Mike San Nicolas says at a time when GMH is underfunded, raising the smoking age could save taxpayers money.

“When those costs are getting increased at 48 times more because of smoking and if were having a higher propensity of people smoking because we are enabling them to smoke before the age of 21, this isn’t a question of individual freedoms, this is a question of public policy as it rates to taxpayers,” said Senator San Nicolas. “We are subsidizing the tobacco industry because those people continue to smoke, they’ll rack up the cost of treatment 48 times more and our taxpayers will be subsidizing that in GMH.”

Additional support came from the medical community as Dr. Annette David was among those who testified that the human brain is especially susceptible to addiction at a certain stage of human development.

“The data shows that the brain of adolescents, in particular before the age of 25, but 21 being a good marker, are much more vulnerable to the effects of nicotine addiction. So that smokers who start before the age of 21 are much more likely to remain smokers throughout their lifetime and to have difficulty getting rid of the habit,” said Dr. David.

Dr. David also cites a recent study that says Guam has the highest rate of smokers out of all the states and territories. But not all supported the bill. Fernando Esteves was among those who opposed raising the smoking age saying vice speaker Cruz’s act sets a double standard.

“On April 2 2016, you voted in favor of bill 279, which allows eligible 17 year olds to register and vote. As a senator you are on the record in your belief that young adults have enough reasoning to help shape the future of our island but they cannot choose whether they want to smoke or not?” said Esteves.