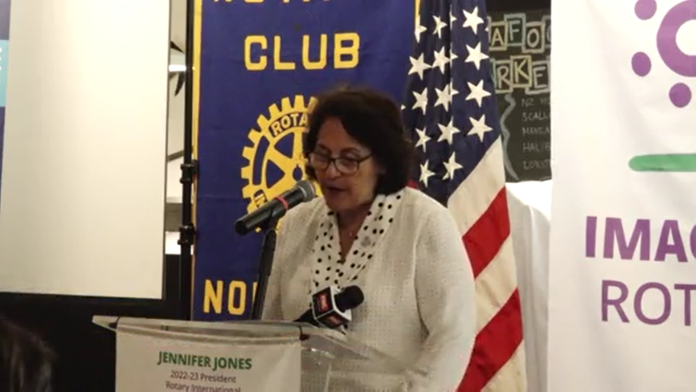 Senator Telo Taitague spoke among the Rotary Club of Guam about the rising manåmko’ population and the lack of resources and homes for the manåmko’ to live alone.

She said, “I introduced Bill 259 a few months ago to authorize tax incentives for developers of much-needed elderly residential living accommodations.”

According to Taitague, Guam does not have facilities for the elderly that need living assistance. She said, “Guam does not have an assisted living facility and or last elderly community is in Summer Homes in Dededo which is designated as an independent living community similar to apartments but for able-bodied manåmkos..”

In a surprising statistic, the elderly would outnumber children in the next ten years.

Senator Taitague said, “According to the National Conference of State Legislature … by 2034 for the first time in our nation’s history, adults aged 65 and older are expected to outnumber children.”

The elderly are also at a higher risk for many other factors that can make living alone much more difficult.

Senator Taitague said, “States and local communities including Guam are exploring policies to ease the transition, offer support, (and) infrastructure for our manåmko’. According to the NCSL, about half of Americans over 65 are predicted to need some level of long-term health-related services and support. Other adults are also faced (with) economic constraints due to limited retirement resources and increased age is associated with high rates of poverty.”

Taitague says that although it is important to increase homes, developing secure housing that allows care for the elderly is much more significant.