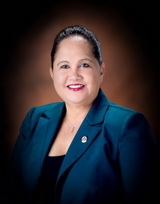 “I may move for full decriminalization.” – Senator Tina Muna Barnes

The lawmaker said this on K57’s big show with Travis Coffman. Senator Barnes said that when she started working on this issue she took a look at medical marijuana, recreational marijuana and the decriminalization of marijuana. The voters passed an initiative making medical marijuana legal in 2014 but the process has since stalled. The Department of Public Health was tasked with coming up with rules and regulations for medical marijuana. They sent their draft rules to the Attorney General’s office but the Attorney General voiced some concerns with the rules and now there’s no telling when the rules and regulations will be finished. Today Senator Barnes told Coffman that if there is no progress with the rules and regulations, “I have to be bold to say that if we don’t come up with something really soon I will take that next step.” The Senator added, “I may move for full decriminalization.”