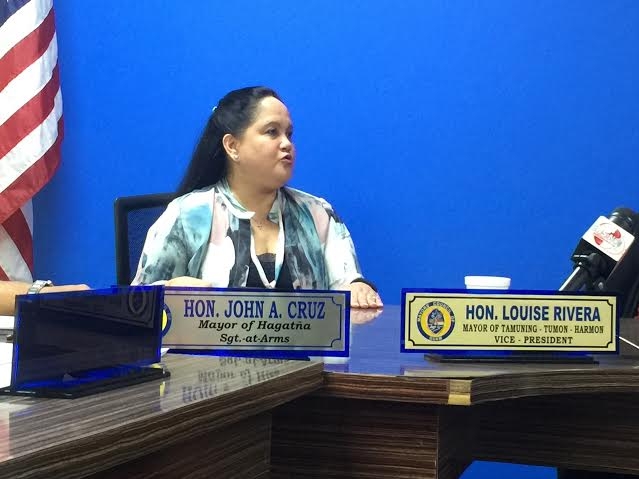 Senator Tina Muna-Barnes showed up to the Mayor’s Council meeting to express her support for the Mayors salary increases.

Guam – Senator Tina Muna Barnes says she will introduce an amendment to exempt mayors from the raise reductions in bill 204.

Bill 204 would reduce raises for the Governor, Lt Governor appointed cabinet members senators and the mayors. However Senator Barnes says she supports the raises for mayors and will continue to support the islands mayors by proffering an amendment to the bill to exclude mayors from raise reductions. “I truly believe and I’ve always said it in all the years that I’ve been oversight chair of the mayors that the mayors that mayors are the 24/7 responders to their villages to their constituents. They work 24/7 if there is more than 7 days in a week they are there doing the job and getting it done and getting it done right,” said Senator Barnes.

Senator Barnes says that she will stand committed to helping the mayors make a difference in their communities.