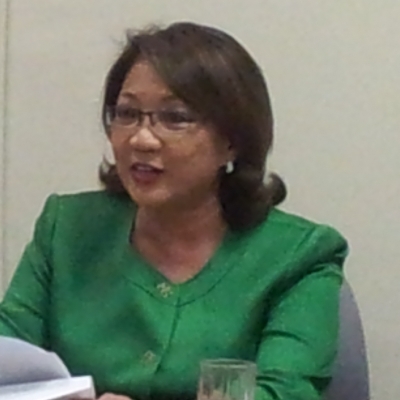 (June 27, 2015 – Hagåtña, GU) – Senator Nerissa Bretania Underwood, Ph.D. (D), expressed her “elation” with the U.S. Supreme Court’s decision on affirming marriage equality without discrimination across the land.  She said, “While SCOTUS upheld the basic principle of marriage equality, the Legislature still needs to act on Bill 119-33 that was heard on Thursday, June 25th to ensure that Guam law conforms with the ruling.  I look forward to its passage during our next legislative session, and for the support of the administration in this final effort.”

Senator Underwood’s legislation, Bill 119-33, known as “Guam Marriage Equality Act of 2015” was introduced on June 5th, hours after the decision by District Court Judge Frances Tydingco-Gatewood that upheld the right of same sex couples to marry.

Jim Obergefell who was the lead litigant in the case before the U.S. Supreme Court, visited Guam last month to encourage marriage equality advocates and to make several public appearances.   Mr. Obergefell stated today, “On this day of victory for marriage equality, I want to reach out to my friends in Guam who made possible my visit to the island where my father fought for another kind of freedom.  Now is the time to amend the Guam Code as proposed by Senator Nerissa Underwood.”