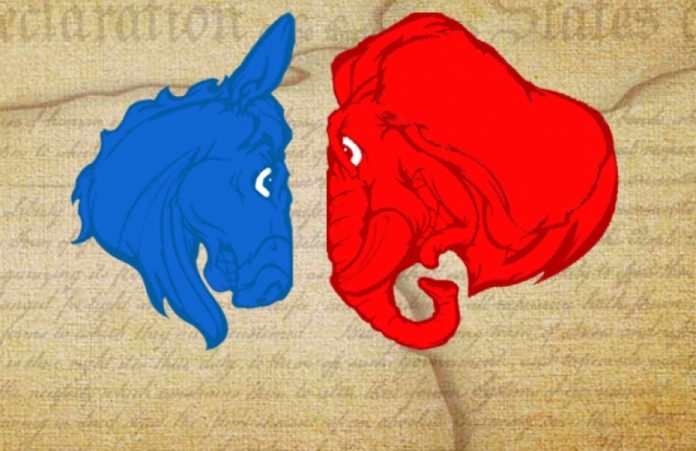 A couple of incumbents lost their seats while some new comers and former senators made their way in.

Guam – The Democrats have retained their majority, with nine of their candidates making into the 33rd Guam Legislature according to unofficial results from the Guam Election Commission.

Frank Aguon Junior received the most votes last night, 23,089. Dennis Rodriguez was right behind him at 21,705. Following in the top five were republicans Tony Ada, Jim Espaldon, and Tommy Morrison.

Espaldon is making a return to the legislature along with Frank Blas Junior who came in in 12th place last night with 16,452.

Republican Senators Aline Yamashita and Chris Duenas lost their seats in the legislature falling below the cut in 16th and 17th place. Senator Brant Mcreadie, also a Republican, barely held on in 15th place.

Republican Mary Camacho Torres and democrat Nerissa Underwood both made in for freshmen terms in 7th and 8th place. They are two of the four women who will make up the legislature with the re-election of Speaker Judi Won Pat and senator Tina Muna Barnes.

Former Senators Adolpho Palacios, Judi Guthertz, and Hope Cristobal did not make it back in to the legislature. 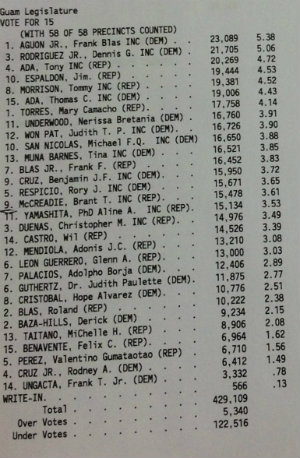