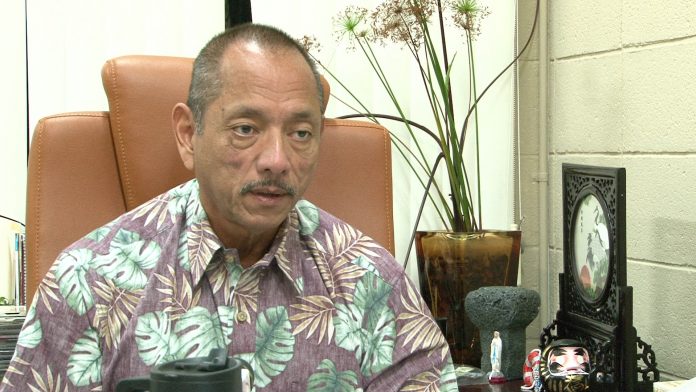 At least two senators say they’ve had a change of heart after the people have spoken on the issue of same-sex marriage.

Guam – Senators are beginning to pour in with their positions on same sex marriage, following a chain of events after Guam’s first same-sex couple was denied the right to marry last week. Most seem to agree with Attorney General Elizabeth Barrett-Anderson’s opinion.

In 2010, Cruz took a chance when introduced a bill in support of gay marriage. No one supported him and thus the measure failed. Now that the nation is at the brink of a social revolution, he says only now is everyone beginning to recognize its importance, but he says it’s an action that may be too little too late.

“There is nothing that needs to be done locally. The governor has told us that he wants us to either act or do a referendum. A referendum wouldn’t be until 2016. July 1st of this year we will have an answer from the US Supreme Court,” notes Cruz.

As far as repealing or amending local law, Cruz says the legislature would not have enough votes for an override as he believes Governor Calvo would certainly veto any legislation that would attempt to legalizing gay marriage.

“Because he could’ve easily allowed the AG to accept the blame on this, but he jumped out in front of it. Why is beyond me,” says Cruz.

Then there’s the two senators who seem to have had a change of heart. Back in 2009, Senators Frank Blas Jr and Tina Muna Barnes introduced legislation that would legally define marriage as a union between a man and a woman.

“I appreciate that as a result of the introduction of that legislation and the discussions that occurred, yes, I’m going to admit that there was a change of heart,” Senator Blas says. “People love each other. We should give them all the opportunities to take care of the people that they love.”

“Not affording the opportunity for that application to be given today in as far as that marriage license, I understand and I know in my heart that that is a violation of equal rights,” says Senator Barnes.

And as an attorney by trade, Senator Jimmy Espaldon believes Governor Calvo should lift the ban on same-sex marriage.

“I know it causes a lot of internal conflict with him and many others because of the teachings of the church, but as public servants I think that he’s gonna have to abide by what is constitutional and right now a ban on same sex marriage is, according to the court, unconstitutional,” points out Espaldon.