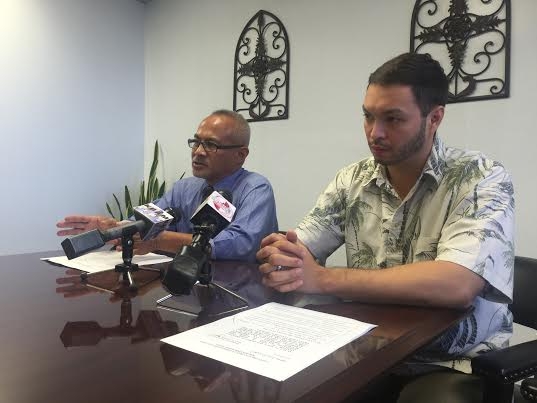 Bill 332 would give a GRT exemption on the first $50 thousand dollars earned to businesses for every $1 dollar raise to the minimum wage.

Guam – Senators Mike San Nicolas and Jim Espaldon have introduced a bill that would raise the threshold for tax exemptions on businesses if the minimum wage is raised.

Bill 332 would give a GRT exemption on the first $50 thousand dollars earned to businesses for every $1 dollar raise to the minimum wage. The senators say they are concerned that small businesses will not be able to afford a raise of the minimum wage and they hope this bill will off set any additional costs. However, if the minimum wage continues to rise it would also benefit big businesses. “Either policy makers would think twice about raising it too fast too soon or we might get really large businesses who might say hey you know what I don’t mind paying my employees 14 15 16 dollars an hour because I’ll be getting a GRT exemption in order to offset it,” said Senator San Nicolas.

Both Senator San Nicolas and Senator Espaldon say that they haven’t made up their minds yet on whether or not they support raising the minimum wage.