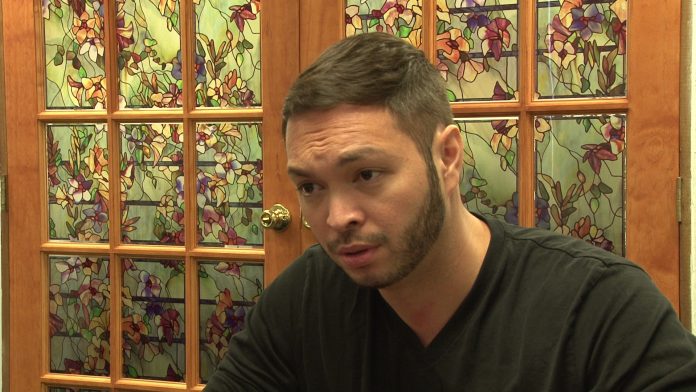 The bill has not yet been referred out of Senator Rory Respicio’s Committee on Rules. Senator Mike San Nicolas says the bill should be sent to his committee.

Guam – Lawmakers are now voicing their opinions on Governor Eddie Calvo’s proposal to transform GMH to the tune of at least $155 million that would require some tax hikes.

“What really bothers me about the bill is that it tries to find all these different ways to infuse more money into GMH but it doesn’t solve the problem of all the bleeding out that’s taking place at,” says San Nicolas.

Senator Michael San Nicolas is among those carefully scrutinizing a bill sent by Governor Eddie Calvo that proposes to transform the Guam Memorial Hospital by raising money through, among other methods, tax hikes. The bill was transmitted last Thursday to the Legislature and by Monday afternoon, the Committee on Rules, chaired by Senator Rory Respicio, still had not referred it to a committee.

“I would insist that this bill should go to my committee. It affects various areas of finance and taxation, bond refinancing, bond borrowing, raising taxes–those are all pertinent, solely to my committee,” argues Senator San Nicolas.

Speaker Judi Won Pat and Vice Speaker BJ Cruz also expressed their reservations with the measure. Speaker Won Pat said she didn’t support the creation or increase of taxes. Vice Speaker Cruz is doing his own investigation into GMH’s finances, sending a Freedom of Information Act request to the hospital. Senator San Nicolas, meanwhile, will be asking the public auditor to conduct an audit of GMH.

“So what my office is already doing now is we’re drafting letters to the public auditor to request an audit of first the schedule at which the billings for insurance companies is going out and how many of these billings have actually been written off as being uncollectible because they went out so late to the insurance companies,” says San Nicolas. “The second thing that we’re gonna ask the public auditor to do is audit Medicaid payouts to find out the schedule at which those payouts take place whose getting paid first, whose getting paid last and why, to my knowledge in the last budget cycle, one of the conversations we had was that GMH was short about between $14 to $20 million in Medicaid reimbursements alone.”

The bill would authorize the governor to issue tax exempt or section 30 bonds in an aggregate amount not to exceed $425 million. The $425 million will include refinancing of existing debt but will also include about $170 million in new money. Senator San Nicolas is remains cautious about putting the island into more debt.

“So before we go out and raise taxes on our people or put our people more into debt we need to stop the bleeding of the organization,” argues San Nicolas. “But to just say we gotta turn around and raise all these taxes and borrow all these bonds or sell the operation without really trying to figure out how to bring down the cost, get a true baseline of what kind of additional appropriations we need and then figure out where the money’s gonna come from. From there, I think we’re putting the cart before the horse.”