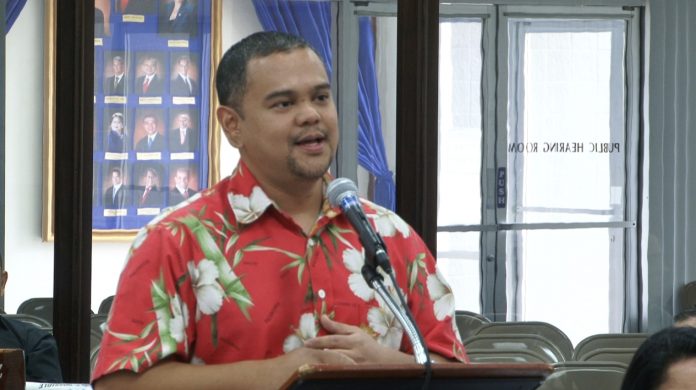 Guam – The legislature was in session today to discuss a number of bills, including a bill that aims to change the name of the farmers market in Dededo to ‘The Speaker Vicente (Ben) Pangelinan Guam Farmers Market.’

There was no debate in the session hall for the bill as multiple senators used the floor to discuss and share memories of the former speaker of the Guam Legislature. Senator Dennis Rodriguez, the author of the bill, honored the former speaker by speaking on the session floor in Chamorru … something Speaker Pangelinan often did. In 2013, then senator Ben Pangelinan introduced bill 77 to create the farmers market in Dededo, which is operated by the farmer’s co-op. Senators Frank Aguon, Tina Muna-Barnes, and Mike San Nicolas all offered their support for the bill and ‘Speaker Ben.’

“He made it a point to communicate directly with the farmers and address their negative concerns at that point in time that he was able to address, whether it be as chair or a maybe of the minority he has always advocated with the farmers,” said Aguon.