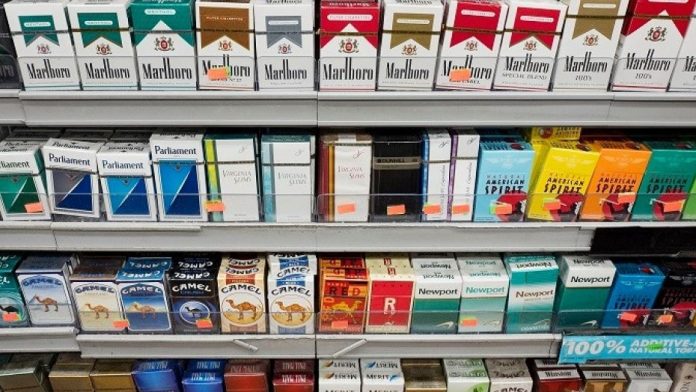 Guam – It’s been said that every sinner must pay his price. Fair enough. But if a group of lawmakers gets its way, some smokers might soon be priced out of the market with a permanent increase in the so-called ‘sin tax’ on tobacco products. Smokers who can still afford the price of cigarettes will just have to pay more for the cause to quit.

They say, “smoke ‘em if you got ‘em,” but can smokers puff fast enough to fully savor their cigarettes at current rates per twenty? Perhaps never again—not if enough lawmakers act quickly enough to remove the sunset provision on a proposed tobacco tax hike and provide a viable revenue stream for Guam’s Healthy Futures Fund.

On Tuesday afternoon Senators agreed to draft a tobacco tax increase into the evolving Fiscal Year 2019 budget act. The entire General Appropriations Act must first be finalized and voted on in the Legislature, then be forwarded to the Governor for consideration, and finally signed, vetoed, overridden or sufficiently lapsed without signature before the tobacco tax increase can finally become law, as one of many funding sources feeding the new budget.

Nevertheless, on Tuesday senators seemed determined to make it so.

Wherever your pleasure falls on the scale of brands and prices, you’re likely paying $5.00 to $8.00 a pack right now. If San Agustin’s permanent dollar-per-pack tax hike is approved by the Legislature and the Governor, you’re looking at $6.00 to $9.00 per pack.

Sick of the suspected smoke and mirrors through which millions of cigarette packs may actually be imported, taxed, and sold both legally and illicitly on Guam, some local senators are all too ready to raise taxes on a habit that’s hurting the health of the habituated. And six to nine bucks a pack may be enough to make some quit before they ever get started.

“We had had hearings on this, earlier, in April,” Cruz said. “People came in and testified that we still have the highest smoking rate in the US, and there really is a need to address smoking in this community. And so hopefully with this increase in the cigarette tax, it will make it less attractive for young smokers.”

Speaking of the benefits expected from proposed tobacco tax rises, Sen. Frank Aguon, Jr. (D) agreed wholeheartedly. “It would provide additional resources for treatment; it would also provide additional resources for cessation programs—helping our people to stop smoking, stop the use of tobacco, and also it would be applied toward prevention,” he said.

“I’m in support of this amendment, not because it is raising taxes, but because it could reduce the number of smokers that we have here on the island,” Sen. Louise Muna (R) said. “I think Guam has one of the highest rates of smokers…and I’m just hoping and crossing my fingers that maybe a slight rise in the cost of doing something that’s harmful to their body will deter them from doing it.”

The proposed permanent tax increase on cigarettes and other tobacco products like snuff, chew, and cigars seeks to raise $9.35 million more in sin taxes in Fiscal Year 2019—a budget shortfall fixer for sure! But Sen. Michael San Nicolas (D) cautioned his colleagues not to act so fast that they miss the chance to net unpaid revenue on the hundred million cigarettes suspectedly smuggled into Guam every three years.

San Nicolas reiterated the alarming tax indebtedness figures calculated since it was discovered early last month that Guam’s Dept. of Revenue and Taxation filed a lien against Mid Pacific Distributors, Inc. in U.S. District Court to recover $14.7 million in unpaid taxes. San Nicolas stated that the amount “accounts for 98 million cigarettes in the last three years, having entered the marketplace untaxed. That’s 4.9 million packs of cigarettes and that’s just from one distributor,” he said.

San Nicolas characterized the recently unearthed lien against Mid Pac as a massive hole in revenue collections. And it might just be the tip of a slippery menthol iceberg.

San Nicolas says he’d rather wait till after the Tobacco Tax Stamp Act kicks in this October 1, and collect a year’s worth of hard data on all tobacco imports. The senator wants to utilize demand trends to determine if and how many cigarettes have been smuggled into Guam in prior years , and then back-tax suspected smugglers for eluding revenue authorities.

“But right now these tax increases are not based on firm collection numbers, because we have this gaping hole in our tobacco tax collection effort,” San Nicolas said.

“If we tinker with the data now by increasing the tax, it will wash out the numbers for the fiscal year in 2019 and that could have some unintended consequences. One of the biggest ones is, by washing out those figures, we won’t know what the actual under-collections were for the preceding years.”

For this reason, San Nicolas preferred holding off on the buck-a-pack tax increase until the start of Fiscal Year 2020. But Sen. Jim Espaldon (R) responded by saying that even if the tobacco tax increase becomes effective immediately, a simple math equation can back out the rate increase to account for the rate at which any possible secret cigarettes could have been smuggled into Guam.

According to the Centers for Disease Control and Prevention, year 2016 statistics indicate that one in four Guam adults still smoke. Guam’s adult smoking rate is reportedly 25.1 percent, followed by W. Virginia at 24.8 percent, and Kentucky at 24.5 percent.

Now that the tobacco tax increase has been incorporated into the FY19 budget, senators are reportedly deciding how to allocate it into the Healthy Futures Fund and other health-related government services.

The increasing price of cigarettes on Guam follows stateside trends. Fox News reported last year that New York City was boosting the price of a pack of cigarettes to $13—the most expensive in the nation—in its ongoing crackdown on smoking. The hike took effect June 1, 2018, under  legislation that also reduces the number of places allowed to sell cigarettes.

“We are sending a loud and clear message that we will not let their greed kill any more New Yorkers without a fight,” Mayor Bill de Blasio said while  signing the bill into law at a Brooklyn hospital a year ago this month. “These new laws will not only help reduce the number of smokers in our city, but also save lives.”