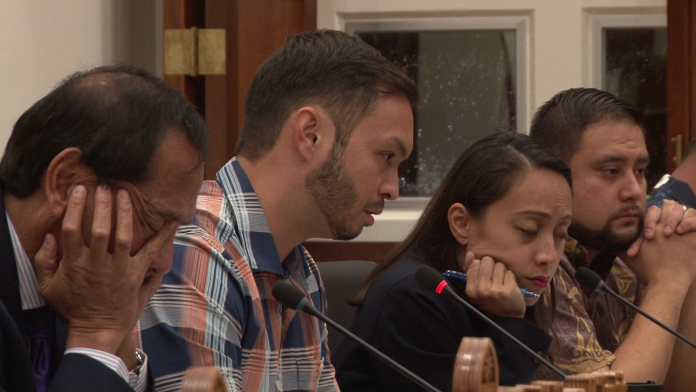 At last night’s public hearing on the governor’s bill to fund the hospital, administrators did not dispute lawmakers contention that they still haven’t done enough to address the problems in two reports that could threaten their status.

The Committee on Appropriations and GMH administrators spent a considerable amount of time going over a list of citations in a report from the Centers for Medicare and Medicaid but during the course of their discussion, some discrepancies were discovered. Senators wasted no time in pointing out the irony in GMH’s plea for help.

Adelup’s tax amnesty program, meant to bolster revenues in the face of a fiscal crisis, is expected to bring in an additional $30 million in funding. Of that anticipated amount, Department of Administration Director Ed Birn told the committee that $13 million has been collected so far.

When asked whether any of the $13 million in proceeds from the tax amnesty program has been sent to GMH, Birn said no.

As GMH pleads for more funding through a sales tax that lawmakers just voted to repeal, the money would not address the immediate needs of the hospital since the sales tax would not go into effect until October.

“I just find it to be very disappointing that we’re willing to come here and do all of these things and you’re not even writing the governor, saying governor, I’m officially requesting that you transfer funds. I mean, even knowing that this money’s going to be here in the amnesty, we should be writing to the governor asking him to initiate it as a priority,” said Sen. Michael San Nicolas. “We’re calling press conferences, parading out vendors, saying people are going to die and yet nothing to get the money that’s already there.”

In fact, since the Joint Commission report came out in February, also with numerous citations listed, it’s not clear how much of the corrective action GMH said it would take has actually been performed or completed.

“That’s where my concern comes in. That is really where my concern comes in. Because you have had the Joint Commission findings and concerns since February and we have yet to even understand what percentage you’ve accomplished,” noted Sen. Frank Aguon Jr. “Right now you’re asking for a blank check of $30 million from the people of Guam but we don’t even know where you are in addressing those real findings.”