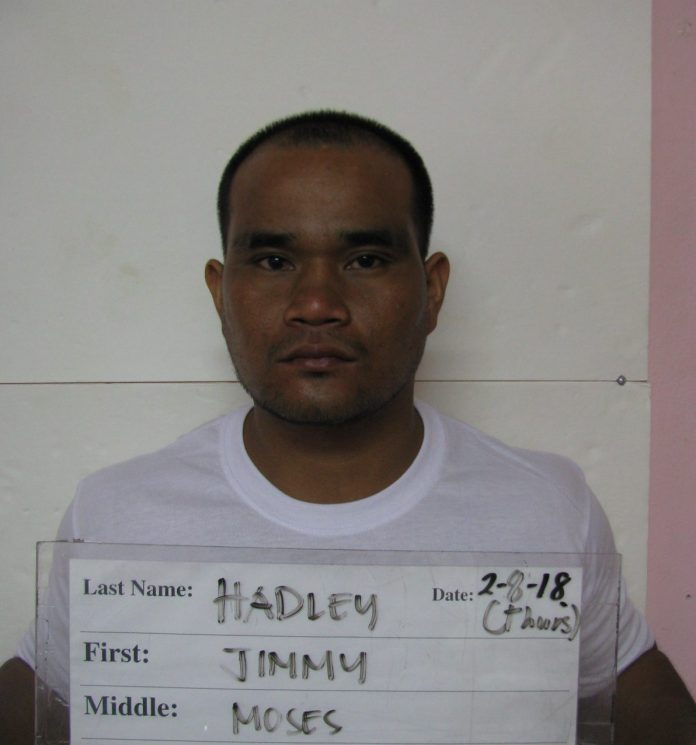 Guam – They say patience is a virtue. One man may be having his tested tonight. The case involving the murder of Department of Corrections detainee Manson Ernest may be dropped for now. But the one detainee who took a plea deal with the government will just have to wait till the case is re-indicted and adjudicated before he can get his sentencing over with.

Jimmy Moses Hadley was one of eight detainees indicted for the brutal beating and slaying of fellow DOC detainee Manson Ernest.

When the case was brought forth, Hadley accepted a deal with the government by pleading guilty to misdemeanor assault.

As part of the plea deal, he agreed to cooperate and testify against his co-actors in exchange for dismissal of the charges of murder and conspiracy.

This morning in Superior Court Judge Anita Sukola’s court room, Hadley’s attorney, Jon Ramos, requested that his client be sentenced as soon as possible, stating, “it is our position that since the dismissal of the case without prejudice this case has been disposed of.”

However, because the Attorney General’s Office does intend to re-indict the defendants in the case, Judge Sukola ruled that Hadley’s sentencing must wait until after the case has gone to trial.