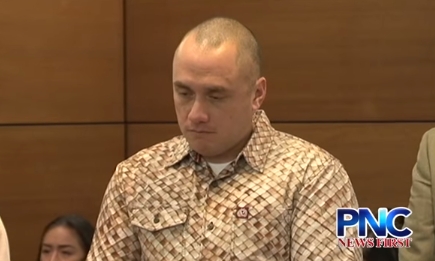 Guam – Three and a half months after a jury found him guilty of negligent homicide and aggravated assault, Mark Torre Jr. will be in court again this week for sentencing.

It has been nearly two years since Torre was accused of killing fellow police officer Sgt. Elbert Piolo after a night of heavy drinking. It took the jury three days to deliberate before delivering their verdict on March 2, acquitting Torre of the greater charges of murder and manslaughter, but finding him guilty of the two third-degree felonies. Negligent homicide and aggravated assault each carry 0 to 3 years’ imprisonment. Each has a special allegation for possession or use of a deadly weapon, which carries 5 to 25 years. As a first-time offender, Torre could face up to 28 years in prison.

Another issue at hand is the restitution that may be due to the Piolo family. Piolo’s wife is seeking restitution of over $1.8 million to cover funeral and medical costs, and loss in wages.

Torre’s sentencing hearing is this Wednesday, June 21 at 9:00 a.m. before Judge Michael Bordallo.