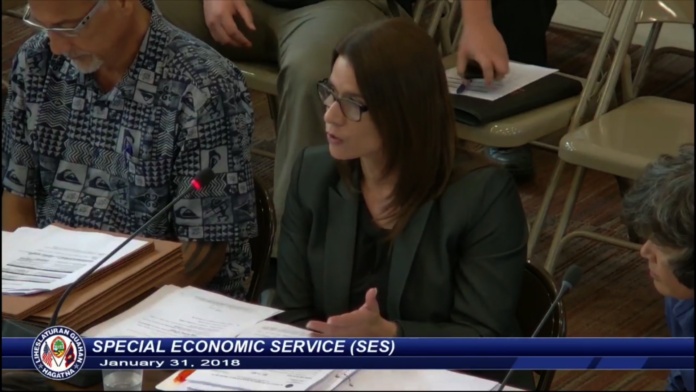 The Special Economic Service (SES) committee met yesterday to discuss the impending $47.8 million shortfall due to the Trump Tax cuts. Speaker B.J. Cruz brought up the GovGuam health insurance contract which has increased in cost over the last several years.

Because Governor Calvo’s family owns one of the companies that provides health insurance to GovGuam, the governor has recused himself from the process.  Calvo over the years has handed the contracting duties over to Lt. Governor Ray Tenorio. The Speaker has been critical in the past of Lt. Governor Ray Tenorio’s decision to go with a multiple provider contract rather than the less expensive, exclusive provider contract. GovGuam currently spends over $100 million a year on health insurance.

“The bulk of where that cost comes from is the government’s share on health insurance and so one of the proposals thrown out is to change the requirements of what the employees have to contribute,” Department of Administration director Christine Baleto said. “But that’s something that we could not effectuate this fiscal year because we are in the current contract. And so any changes to the health insurance and the amounts that the government or the employee or retiree had to turn in is something that would have to apply to next fiscal year.”

Baleto said the insurance contract is something they could take a look at for next fiscal year. GovGuam is anticipating an even larger impact to its revenues next fiscal year due to the Trump tax cuts.